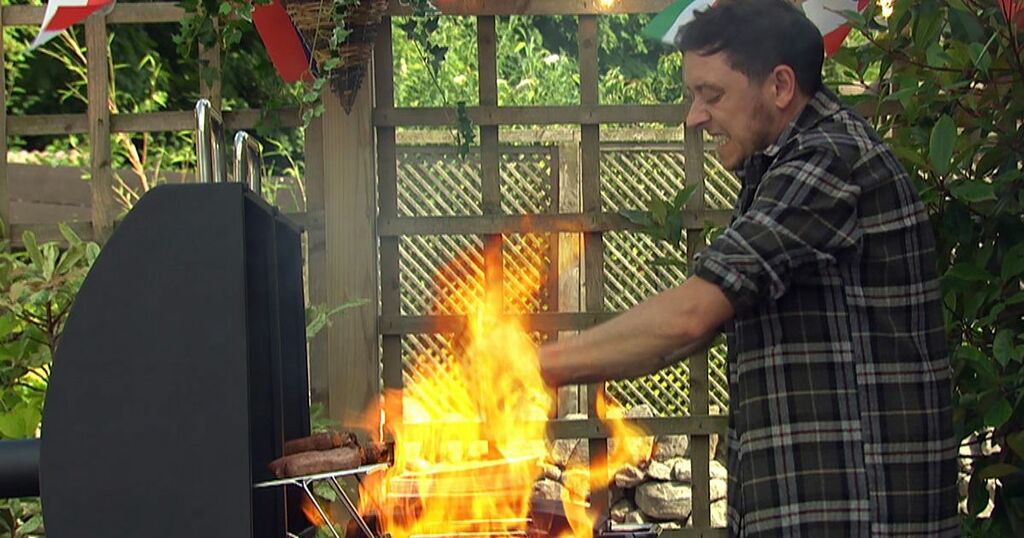 Emmerdale's Marlon Dingle will be left panicking about his financial future next week after a horrific accident at the pub.

Feeling stressed out at work, Marlon ropes in Matty Barton to help with the Woolpack barbecue for some cash-in-hand.

However, as Marlon leaves him to it, a pleased Matty gears up to use the grill but as he squirts lighter fluid on the barbecue, it sends up a fireball of flames and he burns his hands quite badly.

Marlon is left feeling really guilty and beats himself up as Chas tells him they could lose everything if Matty decides to sue them.

The next day, Moira Barton insists to Chas that Matty is entitled to compensation for his injuries because they've left him unable to work.

Later on in the week, Paddy Dingle is concerned for Chas as she worries about how they are going to be able to afford the payout, but it’s not long before an unexpected and unwelcome offer comes in.

It hasn't exactly been an easy year for Marlon and Chas' business after they bought Charity Dingle out of her share of The Woolpack pub.

Numbers at the pub haven't been great after being heavily impacted by coronavirus times.

Struggling with the pub finances earlier this year, they realised they couldn't afford to keep Matty on and decided to let him go.

However, that's not the only drama Marlon has been facing as he's also had to deal with the fact that his daughter April Windsor is being bullied.

Next week, the trolling storyline will come to a head as Cathy Hope admits that she's the one who has been bullying April.

Understandably, April is left incredulous by Cathy’s confession and heads off, irate, and leaving Cathy terrified of the consequences to come.

Meanwhile, Heath rushes in to tell Bob and Brenda that his sister Cathy has gone missing overnight.

Panicking, Bob starts to search for Cathy but Rhona finds her and insists that she will be telling Brenda, Bob and the school about what she's been doing to April.

But this leaves Cathy feeling frightened and she decides to make a run for it but a confrontation develops on Main Street as Cathy tries to run away from Rhona.

The following day Bob is feeling emotional as he finally has to face his failings as a father.

As he tries to talk to April's father Marlon Dingle, tensions run high and their family rift seems unrepairable.

Will Marlon find it in his heart to forgive Cathy for what she's done to April? Or will he take further action and make sure the teen pays for her nasty trolling?

Emmerdale airs every night at 7pm on ITV, with an extra episode at 8pm on Thursdays.