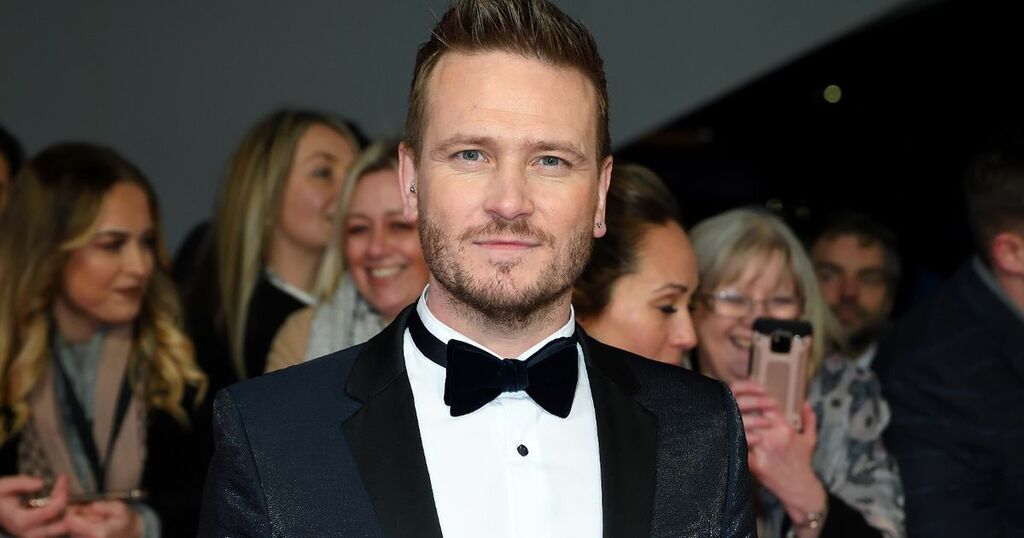 Matthew Wolfenden has grafted on some of Emmerdale’s biggest stories over 15 years but he says even getting shot is ­easier than being a full-time dad.

Fans were left reeling when the ITV soap’s lovable rogue David Metcalfe was left bleeding out with a stomach wound during a terrifying gun siege.

The 41-year-old actor says he is having the best time filming some of the most “dramatic scenes I’ve ever been involved in”.

He said: “I adore playing David and to be involved in this siege is brilliant.

“But if there is a murderer running around the village, you can never rest on your laurels and of course you wonder whether it’s going be you next.”

But despite the dramatic plotlines he says his home life “keeps me grounded”.

He met his wife, actress Charley Webb, on the soap and they have three boys, Buster, 11, Bowie, five, and Ace, two.

Matthew said: “People have this misconception that because of our job, we live this lavish lifestyle! But Charley and I are real home birds and I go home to all the pressures that every other parent has – like your kids not wanting to go to bed or have a bath!

“I think it is easier being at work than being a full-time mum or dad at home as it’s hard.”

Admitting they found the jump from two to three children easier, he says they would like to add to their brood, ­especially as their eldest has started at secondary school.

“I got emotional on Buster’s first day at high school,” he said. “I had to get up to go to work very early and so I missed taking him in. I can’t believe he is at high school and both Charley and I have both said we can’t see us stopping at three.

“If another one does come along, we’d be very happy.”

Matthew started dating Charley shortly after joining the soap in 2006, proposing three years later before the couple eventually tied the knot in 2018.

He smiles as he admits she keeps him in check when it comes to school runs and lifts to the football.

“She has to leave me notes as I am totally useless remembering anything!” he chuckles.

“It’s Charley who remembers everything but she is more than happy being a mum at home at the moment.

When she had Buster and Bowie, she was back at work before she knew it. With Ace, she didn’t want to come back straight away and with lockdown, it proved to her she wanted to be at home with the kids doing the school runs.

“She might come back to the soap eventually but she has no plans at the moment.”

Playing the cheeky womaniser is clearly a hoot for Matthew, with memorable scenes including the time he wore his ex-fiancee Leyla’s wedding dress to The Woolpack.

And asked why he thinks he has never been given the chop, the actor grins as he jokes: “Maybe they haven’t got anyone else to run the shop!

“You just have to keep focused on work and never be late. And always be nice to the producer too!”

His loyal fanbase will be relieved to hear he is hoping he can stay in the soap for many more years to come.

He adds: “I love getting up each morning and coming into work and I think the moment I didn’t is when I would say ‘right it’s time to leave now’ but if I get my own way and hopefully psycho Meena doesn’t murder David in the coming months, that day is not going to come any time soon.”