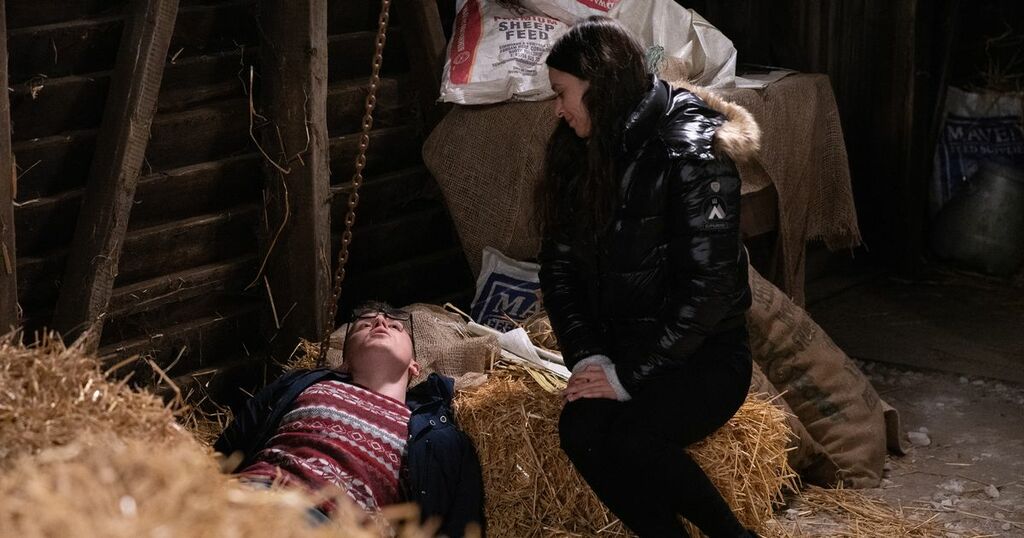 Following last week's head-banging cliffhanger of an episode, Emmerdale star Bradley Johnson, who has played Vinny Dingle since he joined the soap in 2019, has handed out a series of teasers about what lies ahead for his character.

"Basically, Vinnie has found himself once again in a sticky situation," the 23-year-old explained. "At the moment his priorities lie with Liv (Flaherty - played by Isobel Steele) and trying to get her out of prison. Detective Vinnie - as I call him now - has made this storyboard and all these links that are linking to Meena.

For the latest Emmerdale stories go to our dedicated page

"He's already got his suspicions about her, but stupidly he follows her down a country path and into an abandoned barn where he's greeted with Manpreet (Rebecca Sarker) and he gets whacked over the head!"

With Meena momentarily out of the way, the two hostages compare notes on what they've figured out about her vicious serial killings, while Vinny realises he has a key in his pocket. And as the pair attempt to escape, murderous Meena returns.

Speaking on the morning chat show, Johnson said: "He's (Vinny) been up and down the village speaking to various people, trying to get to the bottom of what's happened, but I think with his mental state at the minute, he's not thinking straight. He'll do anything he can to get Liv out of prison and I don't think Vinny sees what danger he's put himself in. He's ended up in the hands of Meena."

So far, Meena has killed four of Emmerdale's much-loved characters, Nadine Butler, Leanna Cavanagh, Andrea Tate, Ben Tucker, and now has two being kept as hostage, one being her own sister Manpreet.

Meanwhile, Liv is facing court after being jailed for the murder of Ben.

Postulating his character's potential demise, Johnson joked: "Who knows? Anybody in the capable hands of Meena is definitely in danger, so we'll have to see this week if Vinnie can make it out or not.