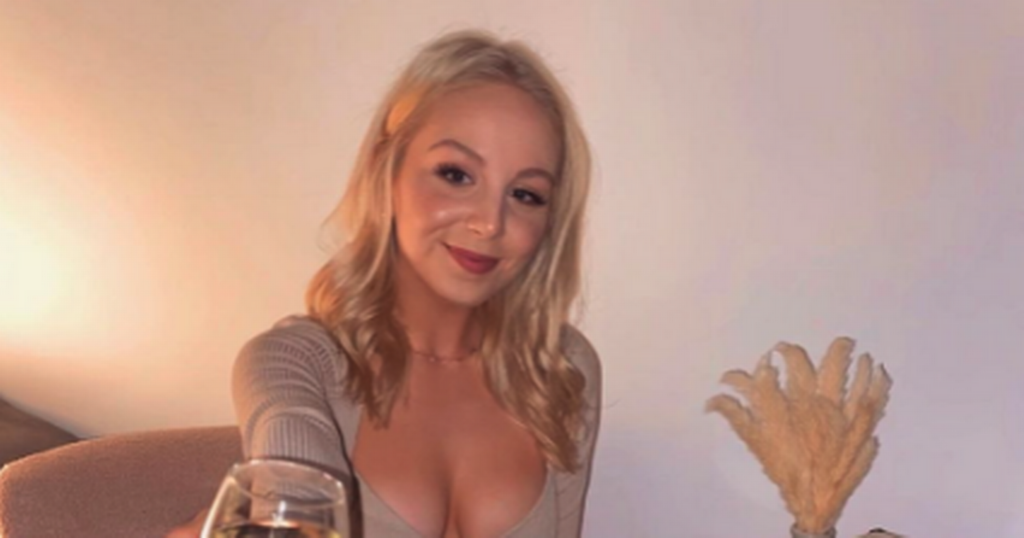 Eden Taylor-Draper was just six years old when she landed the role of Belle Dingle on Emmerdale, the daughter of Zak and Lisa Dingle.

She took over from actress Emily Mather in the role, taking Belle through hard-hitting storylines including the death of her mother, faking pregnancy, a schizophrenia diagnosis and a relationship with a serial killer.

"I didn’t even think of it as a job," she told The Sunday Post.

"I just thought I’d come here, meet some nice people, say some words and go home. It was only when I was 13 I started to think this could be a career."

She added: "Looking back, it’s really helped me grow up. I’ve been around so many incredible, talented people and I’m really thankful for that."

Alongside Luke Tittensor, who played Daz Dingle, Eden won the Spectacular Scene of the Year award at the 2006 British Soap Awards for the storyline where Daz and Eden fell down a mineshaft.

Belle has had a wild love life in the soap, but Eden has admitted she cannot stand her dad watching her kissing scenes.

"It's not really the sort of thing I want my dad seeing," she told InsideSoap.

"He texted me the other night to say it really weird seeing me flirt on TV!"

Though Eden's life is nowhere near as dramatic as Belle's, she has certainly faced heartache of her own.

Three years ago, her younger sister Francesca was diagnosed with cancer, aged just 14.

Eden, who also has sisters Pollyanna, 13, and Posy, 11, and brother Sebastian, 16, found out the news on the Emmerdale set.

She told The Mirror: "When I came off set for my tea break, Dad called and it was such a blur. I felt like someone had ripped my stomach out and I broke down.

"I was with Issy Hodgins, who plays Victoria [Sugden], when I got the call, and she just held me for ages.

"I couldn’t go back to do my next scene. But Emmerdale were so supportive and let me go see Chess at Leeds General hospital straight away."

Francesca had acute lymphoblastic leukaemia and went through four rounds of chemotherapy, contracting potentially-deadly sepsis at one point, but she responded well to treatment.

Francesca had intensive treatment until December 2018 and the following month, started maintenance chemotherapy, which she would attend once a month and take chemo tablets every day.

Eden was written out of Emmerdale for a month so as she could spend time with her sister, visiting her in hospital in Leeds several times a week, where they would watch YouTube videos and swap make up tips, having sleepovers in the ward.

"Chessie had her bed and I had a little bed next to her," she explained.

"Mornings would be a snuggle, cup of tea and re-runs of Come Dine with Me. I tried to keep Chess as cosy as possible.

"We’d always say love you before bed, and that everything would be okay.

Francesca is now studying for her A-levels and has campaigned for the Teenage Cancer Trust, performing in a film produced by the charity for its emergency appeal.

In 2016, alongside her Emmerdale co-star Matthew Wolfenden, who plays David Metcalfe, Eden took part in the Great North Run to raise funds for Bloodwise, a charity which funds research into blood cancers including leukaemia.

Since 2016, Eden has been in a relationship with boyfriend Ed Lewis and she regularly posts loved-up pictures on Instagram.

The pair celebrated their fifth anniversary in January, and have enjoyed plenty of holidays away together in exotic locations including Portugal, Sri Lanka, Venice, New York and Copenhagen.

One beaming photo on Eden's social media shows her and Ed sitting at a restaurant table outside, with her co-star Isobel Steele, who plays Liv Flaherty, commenting: "This is the content I signed up for."

As well as spending time with her boyfriend, Eden looks to be close pals with her fellow Emmerdale cast members.

A picture posted on her Instagram in June shows the actress enjoying a meal with the likes of her former on-screen love interest Alexander Lincoln, who plays Jamie Tate.

She captioned the sweet photo: "Everyone in this picture makes me smile."

While Eden is best known for her Emmerdale role, she has also branched out into film acting.

In 2009, when she was 12 years old, she starred in the short film The Cardiac Oak, about a tree doctor who has an encounter with a dying oak tree, and this wakens a memory of her childhood.

Eden revealed to InsideSoap that if she hadn't gone into acting, she would have loved to be a travel journalist, or a foreign correspondent as she loves to visit other countries.