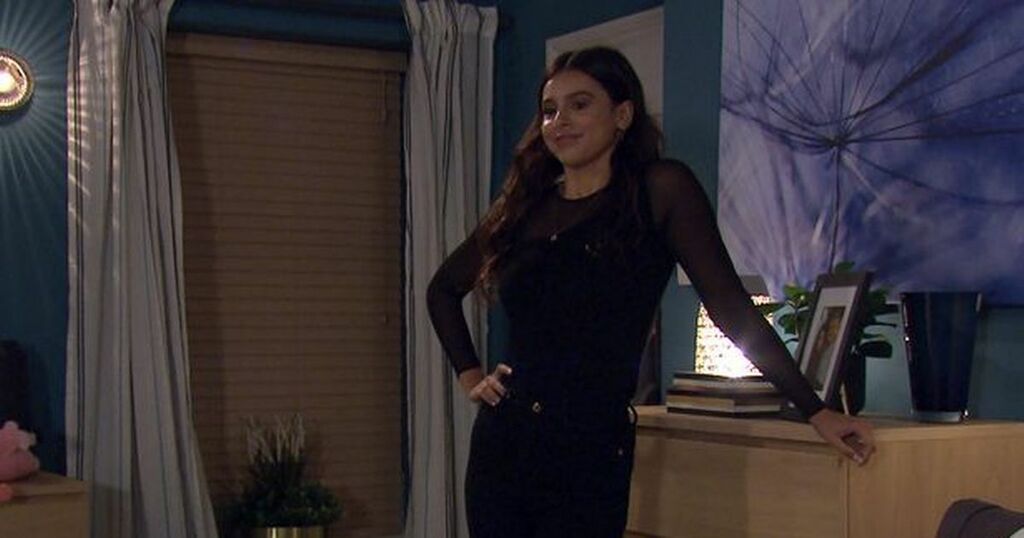 Emmerdale Meena Jutla's sick plan has been revealed as she targeted David Metcalfe in Wednesday's episode.

The soap's resident villain arrived back in the village from her trip to Ibiza where she accompanied sister Manpreet after Aiesha had been admitted to hospital there.

While she was away, her partner David was involved in a dramatic gun siege when he took a bullet for Victoria Sugden - as Mirror Online reports.

David is still recovering from his heroic act as he has been plagued with traumatic nightmares since the incident.

On yesterday's edition of Emmerdale, the possessive Meena discovered the full truth behind why he was shot and was furious to learn he put his life on the line for Victoria.

Suspecting the pair would have bonded over the moment, she was confused as to why no one had seen them spending any time together after the siege.

While she knew Victoria liked David, the Paige Sandhu played character is now convinced it is mutual given he jumped in front of a gun to save Victoria's life.

Meena acted on her suspicions in yesterday's episode after she broke into Victoria's house to make it clear how she wanted her nowhere near David - and suggested that him seeing her was slowing down his recovery.

Victoria was furious as Meena practically banned her from going to the house or spending any time with him for "a long time".

When Meena returned home, she encouraged David to open up about how he was feeling and what happened.

But her menacing motive was revealed when she started to torment David at his most vulnerable moment.

Just as he spoke about the seconds before the gun went off, she deliberately knocked a pile of heavy books on the floor to make a loud sound.

Feigning sympathy as if it was an accident, she smirked as David declared it was all too much and he could not carry on.

Later he wanted to give it another go, but Meena stopped him and told him he needed to sleep before opening up again.

Clearly attempting to delay his recovery by encouraging him to bottle it up, Meena smirked as she told him to get ready for bed.

In his absence, she was seen swapping his extra strong pain relief for normal paracetamol, clearly planning on slowing down his recovery and making him reliant on her.