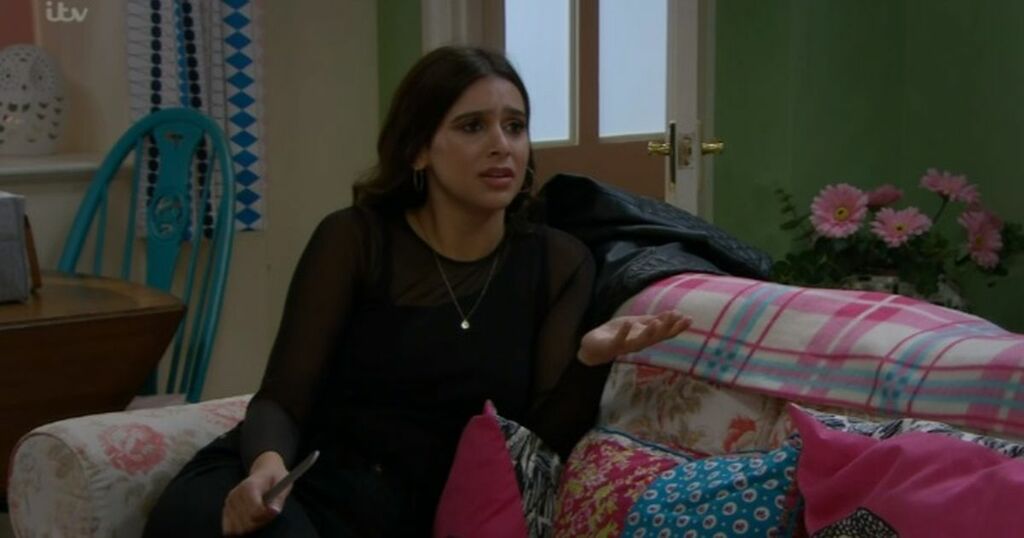 The long-running soap's resident villain has been causing havoc on the show over the past few months.

But viewers of the popular programme think her reign of terror is set to come to an end after Ethan's mum arrived in the village - as Mirror Online reports.

READ MORE: Emmerdale's Will Taylor's 20 year career and where viewers will recognise him from

During last night's episode, Esme finally appeared and was confronted by Charles over messages she apparently sent to her son months ago.

Ethan has never discovered the full details over Esme's sudden departure, but Charles confessed he had rowed with her the night before.

The character played by Emile John believed he was messaging his mum earlier this year - but decided to stop his search after getting nowhere.

However, eagle-eyed Emmerdale fans will remember it was actually Meena who tricked Ethan into believing he'd made contact with his missing mother.

Meena knew of his turmoil and decided to torment him, pretending to be Esme and sending the messages - only to watch him suffer when he realised she wasn't coming to meet him.

Ethan has never discussed this and the motive behind Meena's actions have never really been explained, other than her wanting Ethan to confide in her sister Manpreet Sharma.

Manpreet used to be Ethan's stepmother when she dated Charles, before jilting him at the altar, and Meena is seemingly eager to reunite the couple.

The Paige Sandhu played character believed upsetting Ethan would lead to him seeking comfort in Manpreet, and perhaps this would encourage her and Charles to get back together.

But this could be exposed in upcoming scenes, following Esme's arrival - and her protest that she did not send the messages after Charles confronted her.

Fans of the show took to Twitter to say how they think the confusion will lead to Meena finally being exposed.

One fan wrote: "Is this going to be the beginning of the end for Meena? I so hope so. Catch her out for her treatment of Ethan and see her off. Misery?? It's been done already. Shame on Emmerdale."

Another said: "And now the cracks begin in Meena's downfall. Hopefully Ethan, will be more alert than Victoria, when he finds out that his mother Esme, didn't send those messages."

A third wrote: "It was Meena who messaged Ethan not her Charles."

Emmerdale airs weeknights at 7pm on ITV and ITVHub