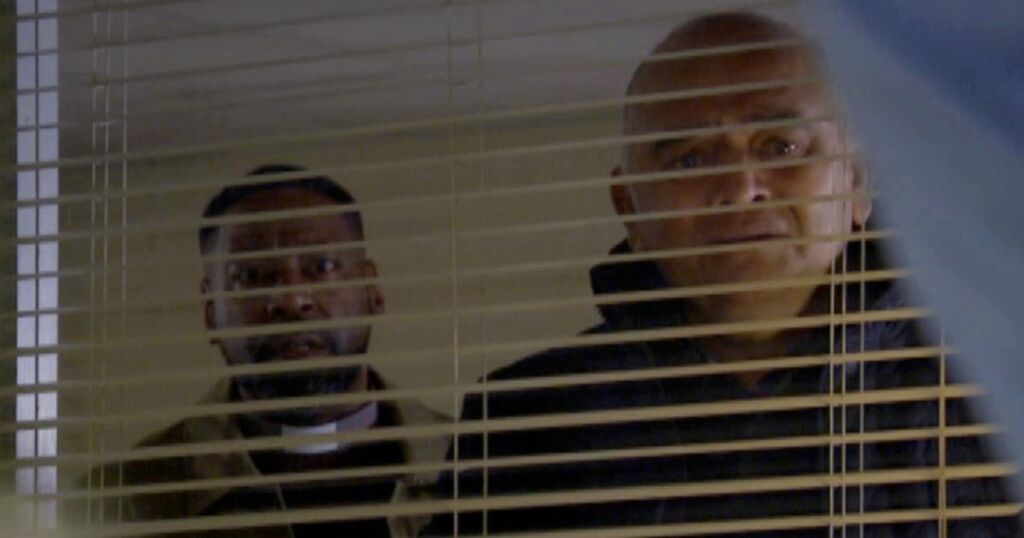 Emmerdale fans think they have worked out when Meena will make her dramatic return - and have predicted Manpreet's fate.

Serial killer Meena has managed to get away with her murders for quite some time now but she was finally rumbled on Thursday night's episodes as Liam caught her trying to kill Manpreet and Vinny in an abandoned barn.

Liam went on to rescue the pair and stop Meena's evil plan by knocking her out.

Once safe, Manpreet and Vinny told Liam all about her evil ways and list of crimes.

As expected, Meena has already made her escape and flagged down a lorry before charming the driver into picking her up.

Even though Manpreet was finally safe, it wasn’t all good news as she was accidentally struck by Charles Anderson's car as he desperately searched for her.

During tonight's episode, viewers saw Manpreet had survived the crash but was unconscious.

Rishi and Charles were outside her hospital room and kept hoping she'd be able to recover.

However Manpreet's vitals plunged, forcing doctors to immediately rush to her side.

As well as everyone else, the Dingles - especially Vinny - are hoping Manpreet' survival because the police explained they need Manpreet's testimony to free Liv from jail.

However viewers have now predicted that Manpreet won’t make it and think Meena will make her return during the show's 50th anniversary.

@filter_who Tweeted: “As if Manpreet is gonna die holding a witness statement to Livs innocence!!!”

While @Sarah_ham96 commented: “Manpreet will die, and there will be no evidence...and the witch is winning again... #emmerdale.”

And @jennylangdon added: “Oh of course that’s going to happen. Manpreet is going to die, so there will be no one to corroborate Vinny’s story - leaving Liv in prison and of course Meena will come back for the 50th to get her treasures and revenge.”

To get the latest email updates from LeedsLive, click here