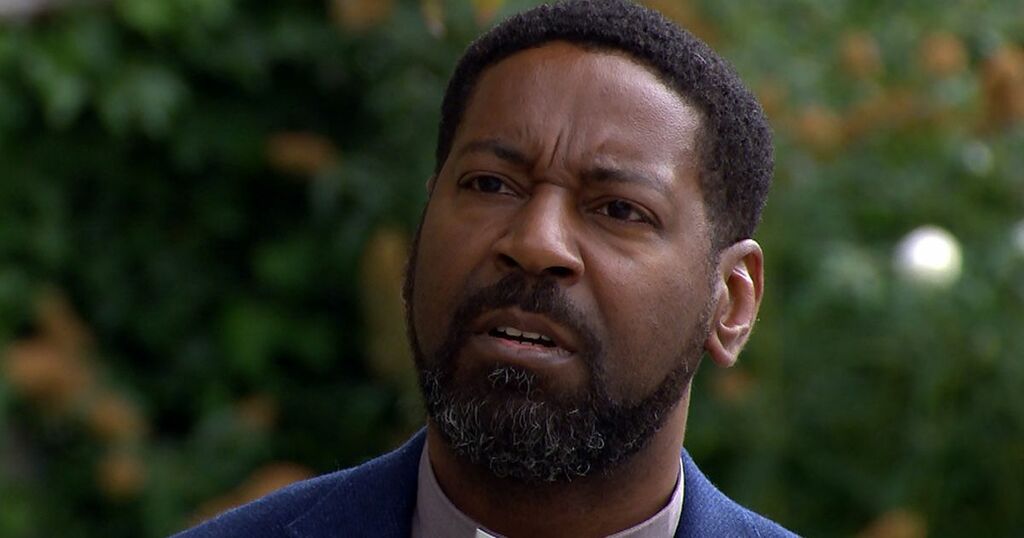 Emmerdale raised suspicions over the mystery person tormenting Charles Anderson on Wednesday night, with fans convinced they may have identified the mystery character.

Charles was acting strangely, with son Ethan and colleague Harriet confused when he said everything was fine.

They had good reason to be questioning his claims too, as behind the scenes he was clearly worried about something.

He ended up snapping, calling the mystery character and telling them to stay away.

There has been no clues as to who is tormenting him, with the mystery person kept out of the spoilers - ahead of them coming face-to-face in upcoming scenes.

But in the latest episode, new scenes left fans questioning whether they had already been introduced to the person in question.

It all kicked off as Charles received yet more messages, while not all of the content was shown to viewers.

Fans could see Charles looking anxious and trying to pretend they didn't exist, before seeing one message that Harriet had noticed.

The mystery person had sent a text reading: "You can't ignore me forever."

Harriet broached the subject with him but he claimed all was fine, only for him to receive another threatening message shortly after.

This time enough was enough, and he called the person up and shouted: "Stop hounding me. You are wasting your time and mine, because I am never gonna see you again."

So who has got Charles so rattled, and what are they after?

Fans think they know who is out to get him, taking to Twitter with their theories - including one that his ex-wife and the mother of his son Ethan has returned - as others questioned if he had a secret wife he might have jilted.

Taking to Twitter, one fan wrote: "Don’t tell me Charles is still married and told his wife he was nipping to the shops and left her."

Another wrote: "If that person is Charles' wife why has it taken all these years to resurface?"

A third added: "It's definitely Charles' ex wife asking him for a divorce."

Meanwhile another said: "Wonder if Charles' stalker is Ethan's mum?" as many others kept asking what was going on.

Earlier this year, Ethan tried to find his mother who walked out on him and his dad when he was a young child.

Charles was clearly hiding details about what led to her sudden departure, but soon confessed that he had rowed with her the night before.

Little more was said about her, and Ethan eventually stopped looking for her after getting nowhere.

Emmerdale airs weeknights at 7pm on ITV with an extra episode at 8pm on Thursdays.