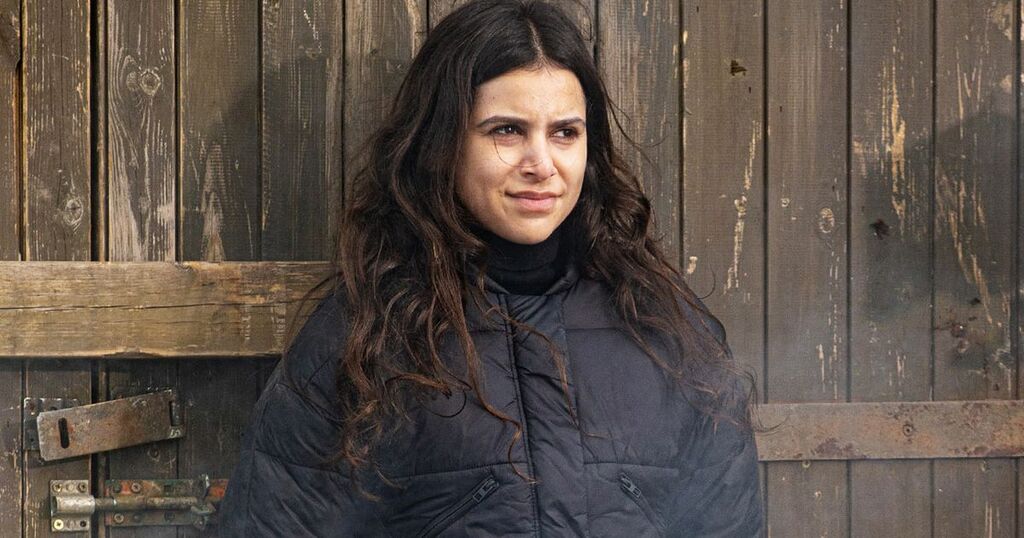 Emmerdale aired deadly scenes on Wednesday night, as Meena Jutla put her killer plan in motion - but fans confessed they wanted it to be over already.

Now, she has Vinny Dingle and her sister Manpreet Sharma tied up in a disused barn, with her plotting to kill them both - leading to big scenes this week.

In the latest episode of the ITV soap, Meena plotted for them to inhale the exhaust fumes from the Dingles' van Vinny had driven to the barn.

She cruelly detailed the moment she would keep them tied up and drive the vehicle in before closing the doors, and leaving them to die.

It's then that she complained that she was going to "miss the crucial moment", as she wouldn't be able to stay in the fume filled barn as her sister died.

Moaning as if she was going to miss the best bit, she said her sister would "have to be brave" without her as if she was gutted not to be able to watch.

Viewers blasted the scenes, as others confessed they were "fed up" of the storyline as a whole - just as bosses teased her "comeuppance" in new spoilers.

"I think it's fair to say that judgement day for Meena is coming. But whether she'll get away with murder you're going to have to wait and find out," executive producer Jane Hudson teased to The Mirror and other press.

"There are still some more twists and turns to be had in this story. Some that you probably won't see coming but I think we can all agree that Meena can pretty much do anything."

She added: "But yes, Meena's judgement day is coming. It won't play out quite as you expect, there will be a lasting effect on a lot of the villagers but I think within the next few months, Meena will get what's coming with her."

As the moment came to leave her victims to die she began crying, saying a final farewell to her older sibling as if she was devastated to be losing her - despite being the one killing her.

She then made a quip about "seeing her on the other side" as she left a terrified Manpreet and Vinny to their fates.

Meena soon decided to murder her ex Billy Fletcher too though, after he ditched her for Dawn Taylor, leading to her lying about a pregnancy and then suffering a miscarriage.

Knowing Billy was on to her, she arranged for him to go to the barn in the hope of attacking him and then killing him along with Vinny and Manpreet.

Taking to Twitter, many viewers began hoping this would be the end of the plot, despite some being concerned the latest spoilers suggested there was a lot more to come.

One fan said: "F**k sake feel like this Meena story has been going on for about 65 years! Cba."

Another confessed: "Meena's need to discuss how she plans to murder Vinny & Manpreet is just making me want to rip my hair out....and I don't even have any."

A third tweeted: "Ugh over this Meena storyline, been dragging on far too long now."

Another agreed: "Dear #Emmerdale-the #Meena story ends tomorrow not in October-am i making myself clear?!"

Meanwhile, one fan said: "This meena storyline is getting on my nerves now when will it end? It just isnt realistic, why do the soaps drag it on & on."