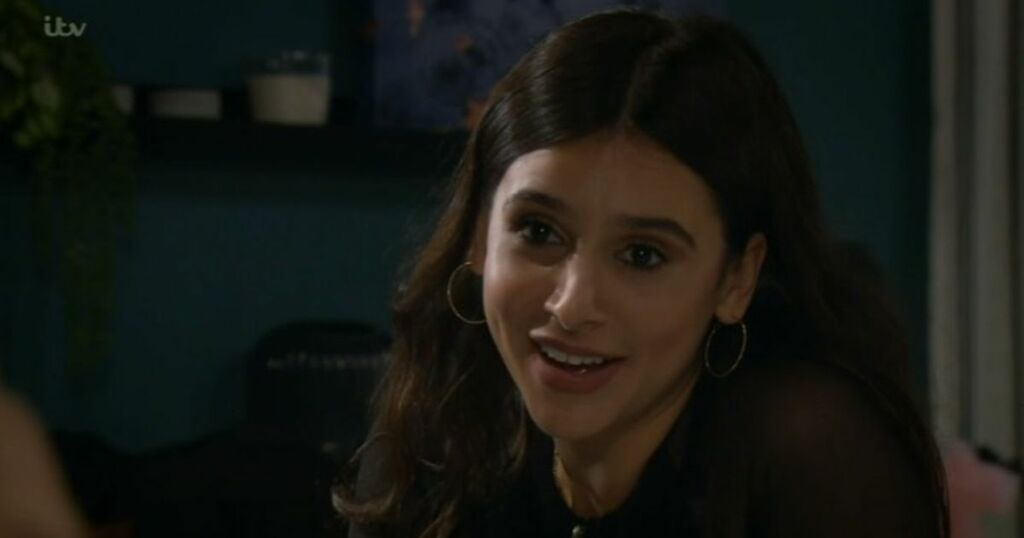 Emmerdale's Meena continued her reign of terror in the village as she became more possessive over David.

But fans were confused by one element of the storyline.

Meena recently arrived back in the village, discovering the truth about David's gun siege.

However, she was disturbed to see how close David and Victoria had become, as she found them sharing a tender moment at the Hide.

Priya told Meena further details of the siege, including how David took a bullet for Victoria.

In tonight's episode, Meena forced David to stay in bed, saying she would care for him.

But this lead fans to ask how Meena was able to get so much time off from her job as a nurse.

Michelle tweeted: "How does Meena, the only nurse in the village, get so much time off?"

Sue said: "How much time off is Meena allowed with her job, she’s very lucky?"

Ryan commented: "Meena says she's a nurse but we've never seen her do her actual job."

Marshall added: "This meena gets time off from an invisible job FFS."

And Luke said: "Why is Meena lingering round EVERY corner and never at work??? Ridiculous."