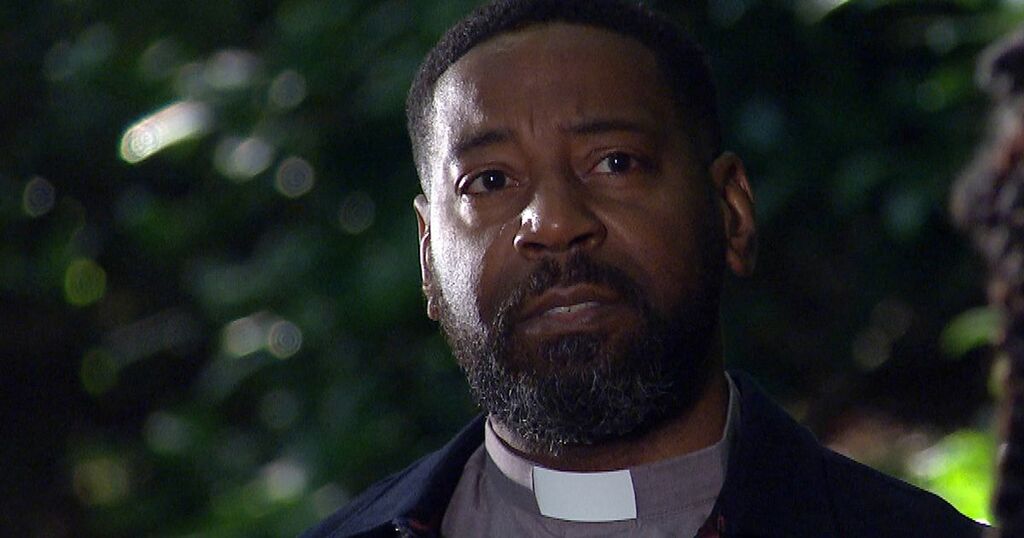 Emmerdale confirmed a major twist on Thursday, as the identity of vicar Charles Anderson's stalker was exposed.

It wasn't a stalker at all, and Charles had actually known who was behind the series of messages and calls the entire time.

This week saw viewers suspect who was targeting him, as the mystery person told Charles he could not avoid them forever.

In the end, Charles agreed to meet with the person in the woods, after his messages to be left alone were not agreed to.

As the pair came face-to-face, viewers saw Charles meet up with a mystery woman in the woods, who soon revealed her identity.

The character was announced to be Esme, and it quickly became apparent she was the mother of Charles' son Ethan.

Earlier this year, Ethan tried to find his mother who walked out on him and his dad when he was a young child.

Charles was clearly hiding details about what led to her sudden departure, but soon confessed that he had rowed with her the night before.

Little more was said about her, and Ethan eventually stopped looking for her after getting nowhere.

This week though, it emerged she had been trying to get in contact with Charles to arrange a meeting with her son - and it soon arose that she and Charles had a secret child and this was her motive for returning.

It all kicked off when the pair talked and Charles said he was surprised she showed up, given she didn't in the past.

Esme explained that she felt like a bad mother, and that she ran away because she didn't think she deserved Ethan.

It appeared as though Esme was admitting to struggling with raising her son, and that she left because she couldn't cope any more - while it also seems that she was too scared to return, and too much time had passed.

But she did argue that Charles never even tried to look for her, and accused him of finding convenience in her being gone.

She accused her husband of abandoning her, as he told her she broke their hearts, before she added that Charles had "wanted out" of their marriage anyway.

She did attempt to get back in contact she claimed, but said Charles had made it impossible for her and wouldn't let her see her son.

One moment saw her promise to return but she never did, with Charles saying it broke Ethan's heart and he wasn't prepared to let it happen again.

She told him he should have done more to help her and get her back, and called him a liar as she detailed their past.

But Charles insisted he had to protect his young son from his mother, slamming her for not fighting for them and her son.

Charles then begged Esme to leave them alone for Ethan's sake, to which she replied: "I'm sorry, but I cant."

Charles told her to let him be, but she said: "I have no choice... I am trying to [do the right thing], that’s why I am here. We have a daughter, Charles. Ethan has a sister."

The vicar looked gobsmacked by the bombshell he had a secret child that he didn't even know existed.