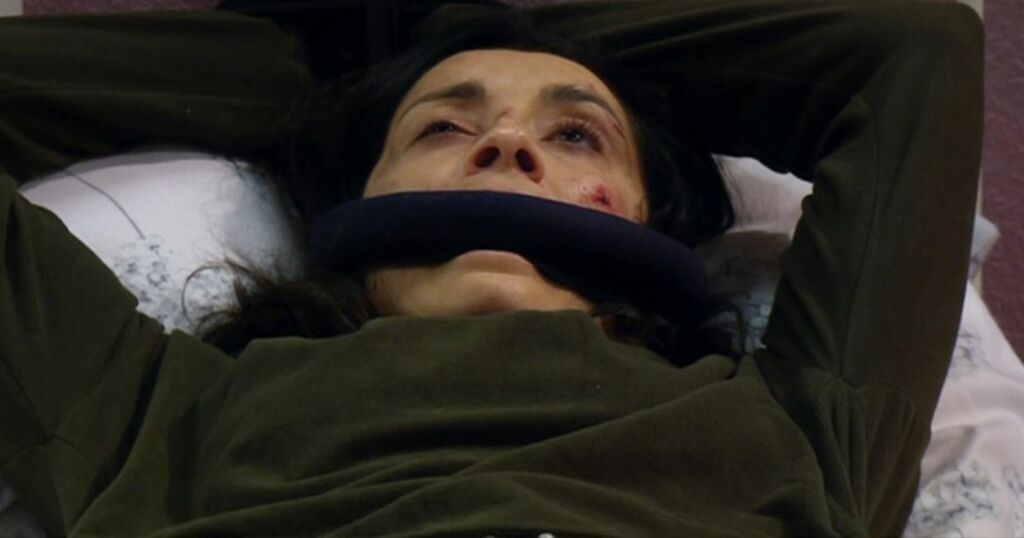 Emmerdale confirmed the fate of "murdered" Manpreet Sharma on the ITV soap on Friday night, days after her sister Meena Jutla appeared to kill her.

After over a week of keeping her hostage and tied to a bed, drugging her and also attacking her, Meena appeared to kill her sibling.

Manpreet had found out her sister was a murderer, before learning she had four known victims including Leanna Cavanagh, Ben Tucker, Andrea Tate and Nadine.

Meena decided it was only a matter of time before she had to claim her next victim and take Manpreet's life.

Viewers have been trying to work out all week whether Meena went ahead with it, after she was shown seemingly dragging a body wrapped in bin liners or plastic.

It appeared she was driving off somewhere to dispose of the body, as she repeatedly spoke as if her sister was dead.

However, Friday night's episode confirmed she was still very much alive and still being held hostage by her evil sister.

Meena is holding her captive in a disused barn it seems, with her chained up - and the grim discovery was made by Vinny Dingle.

Vinny has been trying to put the pieces together over Ben's recent murder, convinced his girlfriend Liv Flaherty is innocent of the crime.

Liv can't remember her row with Ben that night, and after clues placed her at the scene of the crime she was arrested for his murder.

Meena has allowed her to be framed, but Vinny was desperate to find out who really was behind the death.

His clues and Meena's behaviour led to him working out she was hiding something, and he soon became convinced she might be the killer.

So when he saw her driving off somewhere, he set chase in Sam's van and decided to follow her - leading him straight to the barn.

Vinny was horrified when he walked in to find a barely conscious Manpreet, only for him to be knocked out by dangerous Meena.

So will Vinny be her next victim, or can he and Manpreet get out alive?