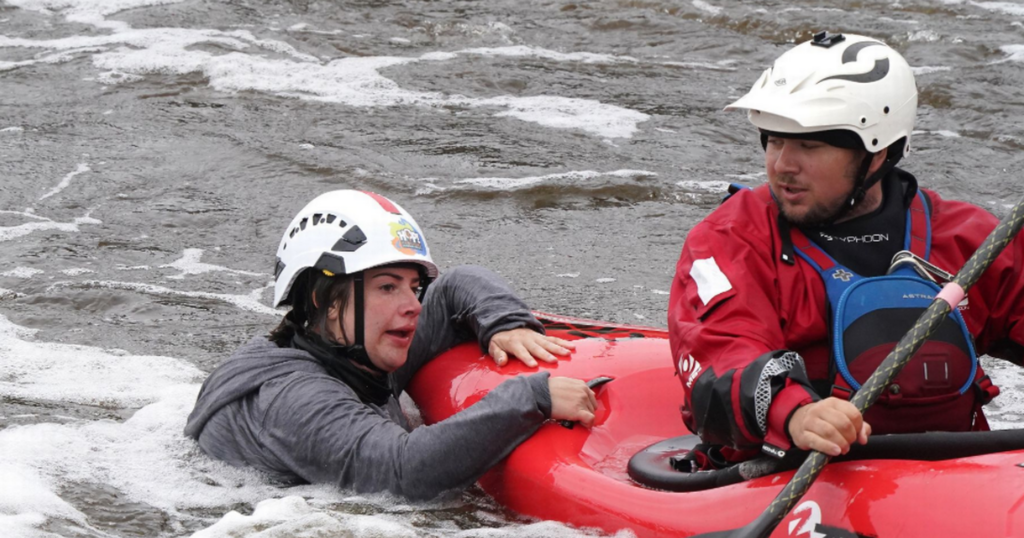 Emmerdale producer Kate Brooks has offered a little insider gossip about what to expect during a huge upcoming week for the ITV soap.

The upcoming "survival week" will see the soap air some of it's biggest ever stunts in never before done waterfall scenes, with at least one character confirmed to die.

The villagers head out to a team building event, but little do they know that mastermind Meena is plotting her revenge, Daily Star reports.

Kate promised Daily Star and other publications: "This week doesn’t just take our characters out of their comfort zones, but will actively catapult our viewers from their cosy living room chairs straight into the heart of this beautiful and very very dangerous chaos."

The stars left the specially constructed Emmerdale village and embraced the Yorkshire countryside to film the upcoming scenes, which also include an incredible custom made maze.

However, it's the stunts that make it truly a spectacle to rival Hollywood.

Kate added: "No doubt what makes this such a spectacle is the sequence of jaw dropping stunts.

"From characters fighting for their lives in icy, uncontrollable rapids to breathtaking waterfall stunts, this is a week jam packed with action as we subvert the viewers’ expectations at every single turn."

She elaborated: "We have a white-knuckle ride through the icy rapids that will plunge some of our well loved characters into peril.

"The really exciting one is a never been seen on soap before spectacular waterfall stunt - honestly it really is spectacular.

"I watched it in the viewings, and I expected it to be amazing, but I didn’t expect it to be quite as amazing as how it’s turned out - so hats off to [...] the team for making it brilliant."

But the waterfall stunt isn't the only thing going down in super soap week, as Kate has vowed some stunts will remain "top secret" until they air.

"These are just the tip of the iceberg," she explained. "There are two other massive, top-secret, heart-stopping stunts that will keep viewers at the edge of their seats."

But, as Kate explained, there isn't much point performing incredible stunts if an incredible story doesn't follow.

She said: "It is safe to say there will be a lot of repercussions from this week, and what happens during this week will really impact the lives of some of our well loved characters.

"This is just the start of something that will irrevocably change our characters' lives forever.

"We do these weeks and they are big and exciting and explosive and brilliant; however, they fall short if they don’t give us bigger stories coming out of the weeks and these really catapult the stories into completely different and unexpected directions."

It has already been confirmed that at least one soap favourite is set to be killed off during the massive week, and Kate vowed: "When you do have a character like Meena, who does have a thirst for murder, not everybody is going to survive - certainly not people who have crossed her.

"We try and base these decisions primarily on what gives us the best story going forward. We want to make sure that every 'kill' has impact, and changes people, and the outcome is not always what we would expect - or indeed hope.

"It's always difficult and it’s hard to gauge who the right character would be - but it’s what gives us the most from a story point going forward."

And how did the cast react to the news they would be performing these "heart-stopping" stunts?

Kate commented: "Initially the overall reaction from the cast when I first told them about this week was excitement.

"We’ve been stymied by the Covid restrictions over the past couple of years so this felt like a real opportunity to grab the bull by the horns and go massive, and really throw ourselves into this big stunt week.

"So everyone was really up for the challenge - our cast are troopers and they get on with it!

"However, when some first tipped up at some of the various locations and they saw the sheer scale of what we were doing and what they had to do, naturally some of that excitement gave way to a few little nerves," she continued.

Kate added: "I think it’s safe to say that some of the reactions that are captured on screen might be genuine reactions - I don’t know how much of it is acting and how much is real fear!"

We’ll bring you more news on the stunt when we have further information.

You can find the latest Emmerdale news and gossip by visiting our homepage dedicated to the ITV soap.