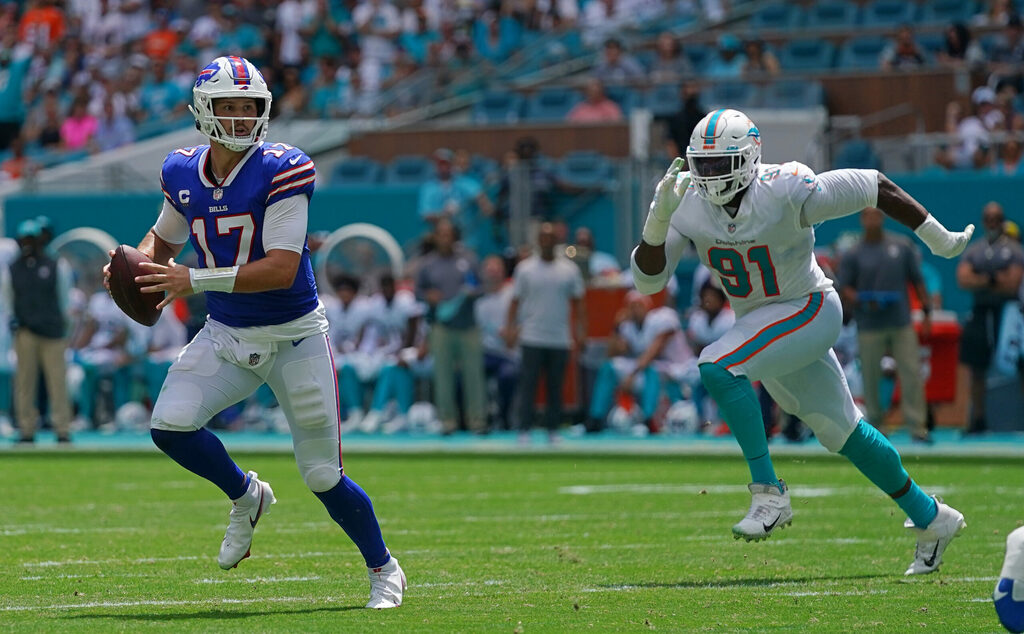 While the Dolphins are 1-3 through four weeks, and they’ve been without their quarterback due to injury, there hasn’t been a whole lot to celebrate.

The offense has struggled. Jacoby Brissett isn’t seeing the field well. The co-offensive coordinators aren’t drawing up the best plays or schemes for success. Members of the offensive line are getting constantly turned around or ran through.

However, according to Pro Football Focus, there is a bright spot on this Dolphins team, and that is Emmanuel Ogbah. The edge rusher has graded out at 89.5 in this early stage of the season.

That ranking places him fourth among players at his position. Who are the guys ahead of him?

PFF may not mean everything when it comes to discerning a player’s ability, but Ogbah has been solid this year. His eight quarterback hits through four games have him on pace to blow past his career-high of 21 that he set last season.

The season may not be going the way many hoped, but at least there are some positive signs.