Emma Raducanu will for once be the more experienced player on court when she faces Linda Noskova in the first round of the French Open.

The British teenager is appearing at Roland Garros for the first time, looking to make a mark on the clay courts of Paris where she is the 12th seed.

Raducanu kicks off her Grand Slam campaign against 17-year-old Noskova, who came through three qualifying matches to reach the main draw.

This is certainly the biggest match of Noskova’s career but she’ll take plenty of confidence from her last visit to Roland Garros - she won the French Open girls’ singles title last year.

For Raducanu, fitness is once again the concern as she continues to adapt to a full-time schedule on tour. Blisters, a hip injury and back problems have all plagued her this year, but the 19-year-old insists she is in good shape going into the fortnight in Paris.

“It is something I really wanted to play, it is a Grand Slam and you don’t want to miss it,” Raducanu said.

“Last week after Rome I definitely had to slow down, but this week I have been training and luckily being able to practise all of the shots.

“I have been doing more in the gym to try and fire up those muscles, keep the stability, and do some rehab.

“This week I have been training pretty good and looking forward to getting started.”

The first-round match between Emma Raducanu and Linda Noskova will take place on Monday, May 23.

The pair are scheduled to take to the court at approximately 2:30pm BST, though that is subject to the length of matches on the court earlier in the day.

Aliaksandra Sasnovich or Wang Xinyu await the winner in the second round.

How to watch Emma Raducanu vs Linda Noskova

TV channel: The 2022 French Open will be shown on Eurosport.

Live stream: The tournament will be available online via discovery+, with a monthly pass costing £6.99. Every match across all courts will be shown both live and on-demand.

This will be the first time the pair have faced each other on the WTA Tour. 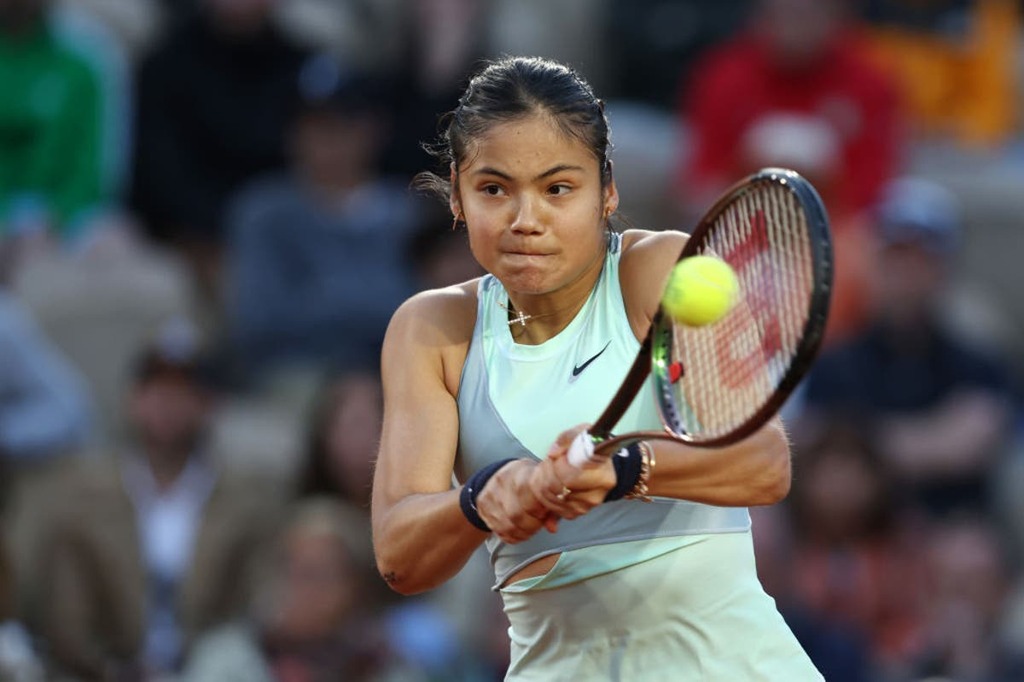 Novak Djokovic gets the defence of his French Open title underway against Japan’s Yoshihito Nishioka at Roland Garros.