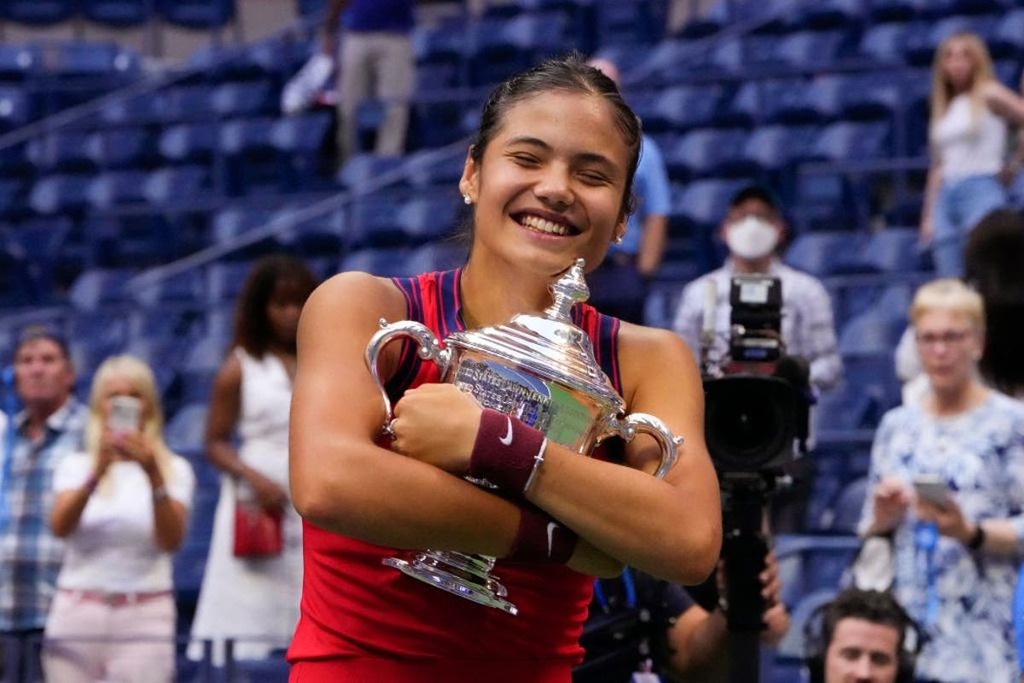 Tim Henman hailed the exploits of Emma Raducanu after the teenage Brit won the US Open and immediately insisted she would go on to ensure this would not be the only grand slam title of her career.

Her victory was made all the more incredible by the facts she had to qualify for the tournament in the first place, then progressed through the entirety of the US Open without dropping a single set.

Sat courtside as the newest star of British sport roared to victory, Henman spoke afterwards to Amazon Prime Video and backed Raducanu to go on to achieve plenty more success.

“She’s going to win more of these, she’s that good. this is not some flash in the pan fairytale. She’s playing top tennis right now,” Henman insisted.

“Her world is going to go absolutely crazy and get turned upside down but she’s got good people around her. She’s going to have to soak it up and make adjustments.

“It’s going to be one hell of a ride for a long time, as long as she can stay injury-free.

“She’s 18 years old, she just did her A-levels. She had to qualify. She hasn’t dropped a set, and she’s US Open champion. It’s a joke!”

As well as the trophy itself, Raducanu picked up a winner’s cheque for $2.5m (£1.8m) and moves up the rankings to 23rd in the world - having been No150 beforehand.

Henman then interviewed Raducanu shortly after the trophy presentation and offered his congratulations, where the champion explained that after some nerves earlier in the day, it was “business as usual” once the match got underway.

“The level was extremely high. Both of us were playing unbelievable tennis and I had to fight really hard to cling onto that first set.” she said.