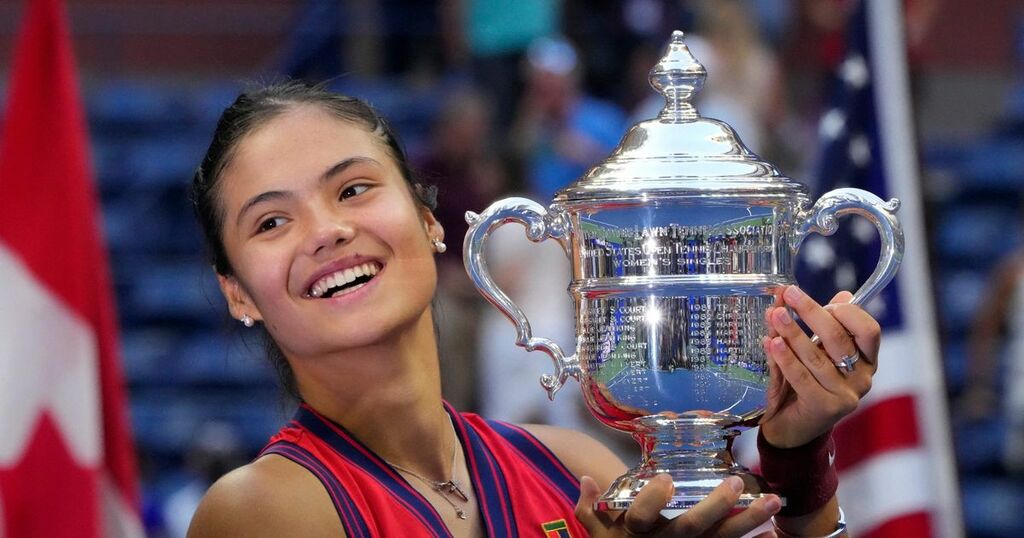 Emma Raducanu is set to receive an OBE from the Queen at the age of just 18 after her remarkable US Open victory.

The British teenager went from a Flushing Meadows qualifier to US Open champion in an incredible two weeks, during which she didn't drop a set.

She beat Leylah Fernandes 6-4, 6-3 in the final, with millions watching on back home.

The overwhelming favourite for Sports Personality of the Year, Raducanu is reportedly 'certain' to receive an MBE according to the Telegraph, but Britain's first female grand slam winner since 1977 is also in line for a more prestigious OBE.

The Queen sent a message of congratulations to Raducanu after the win.

In an official royal telegram, she wrote: “I send my congratulations to you on your success in winning the United States Open Tennis Championships.

"It is a remarkable achievement at such a young age, and is testament to your hard work and dedication.

“I have no doubt your outstanding performance, and that of your opponent, Leylah Fernandez, will inspire the next generation of tennis players. I send my warmest good wishes to you and your many supporters.”

A tweet from the Duke and Duchess of Cambridge's account added : “Huge congratulations @EmmaRaducanu on your stunning performances and historic Grand Slam victory!

"Incredible –we are all so proud of you. @LeylahFernandez well done on your amazing achievements at this year’s #USOpen, it’s been a pleasure to watch.”

Raducanu said that she was thrilled to receive the messages.

She told The BBC : “It meant everything to get a message from Her Majesty. She’s such a great inspiration and role model for the whole country so to have a note from her.

“I was extremely honoured and very very grateful that she took notice of my tennis. I can’t believe it. I’m maybe going to frame that letter or something.”

The star also tweeted an image of herself with the US Open trophy on Sunday.

“We are taking her HOMEEE," she wrote.

“I’ve always dreamed of winning a Grand Slam. You just say these things. But to have the belief I did, and actually winning, I can’t believe it,,

“I first started when I was a little girl, but I think the biggest thing that you have visions of is the winning moment, and going to celebrate with your team, trying to find your way up to the box.

“That’s been playing in my head, like, a couple of nights. I’ve fallen asleep to that.”