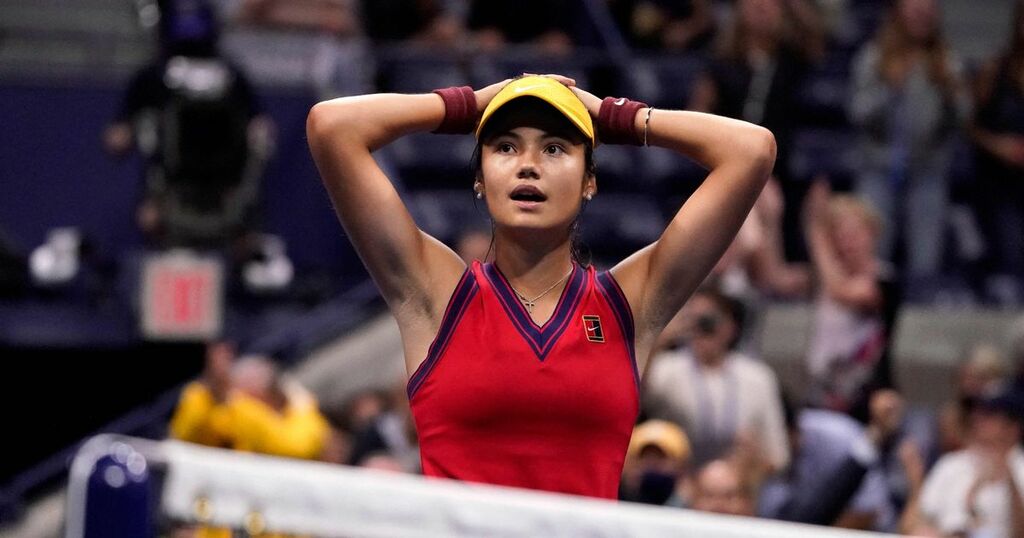 The 18-year-old Brit has stunned fans on her meteoric rise, following up her Wimbledon heroics in the best style possible - by reaching the US Open final having come through qualifying.

Raducanu, the first ever qualifier to reach a final at a Major, faces fellow teenager Leylah Fernandez in what promises to be a mouth-watering showdown at Flushing Meadows. The Canadian is a surprise contender for the title herself.

Raducanu is bidding to become the first British woman since Virginia Wade back in 1997 to triumph at a Major, but whatever the result tonight - Bartoli believes both are "built" to win "multiple" Grand Slams in the long run.

The 2013 Wimbledon champion told BBC Breakfast: "It's going to be a lot more difficult for both of them because both of them see the opportunity - and obviously it's a major one.

"But I think they have to look at the bigger picture because they're going to be both established to go on and win multiple grand slams.

"It's not going to stop right after this final, it just really starts. Of course it's going to be more difficult because they are the same age, same generation, about roughly the same ranking and for both of them, it's such a big day, so they don't want to miss a big opportunity.

"But no matter what happens, it's only the start for both of them, definitely only the start. It's not going to be the only time they are going play a grand slam final, so they have to look at the bigger picture."

Bartoli then spoke specifically about the future of Raducanu - who was ranked as the 10th best Briton and 336th in the world at the start of the summer before her Wimbledon exploits.

And Bartoli has argued that Raducanu, who is now Britain's new No 1 and now on the cusp of the world's top 30, can play at the top echelons of the women's game for the next decade.

The former French star added: "She's such a fast learner, but I think she has something else within herself that just tells her that no matter what is in front of her and how high is the hurdle, she will just pass it. Only very few sports people are able to think that way and she is definitely one of them.

"For me, she has really made her history. She is just built for this and she will go on and even if she doesn't win this one, she will win one very quickly after that.

"I am so excited, actually, to see her play for the next decade or so because I just love her game. She moves really well, but she's very aggressive as well. She comes inside the court, she tries to take the ball early, she is hitting enough winners, and that sort of game-style I love to see her play.

"It's just so great and so exciting as well to see someone that young to be able to inspire the young generation around the world. That is what tennis needs and especially women's tennis needs."