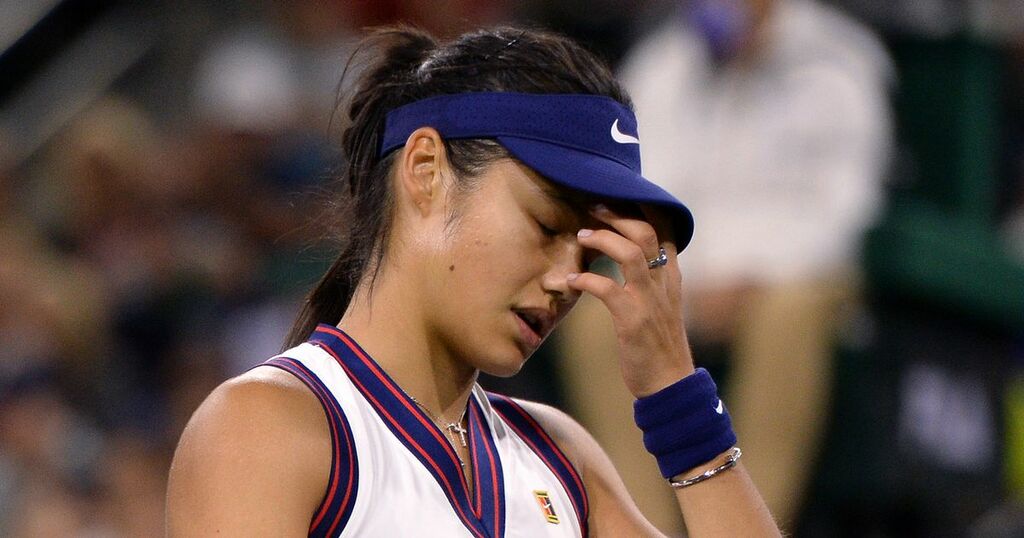 Emma Raducanu succumbed to a straight sets defeat at the Indian Wells Masters.

The teen, who had been given a bye in her first-round match, faced Belarusian Aliaksandra Sasnovich and was defeated 6-2, 6-4.

This was the tennis star’s first match since her historic US Open win in which she did not drop a set.

The world number 22 got off to an impressive start, winning the opening game on her serve and reached 0-30 on her opponent’s serve in the following game.

After surviving her opening service game and levelling the match at 1-1, Sasnovich soon settled into a nice rhythm and varied her shots with impressive lobs, aggressive backhands and a delightful drop shot at the beginning of the second set.

Raducanu played some scintillating return winners and took the forehand down the line early, but the Brit did not have the answers to her opponent's breathtaking all-round game.

She also registered multiple unforced errors and was often caught out by the 27-year-old’s outstanding defence.

The grand slam winner was broken twice in the first set and once at the beginning of the second by Sasnovich, who notched an excellent win over the US Open champion.

Following the match, the 18-year-old gave an honest assessment of her performance and stated the loss will serve as a “useful lesson.”

“I think it’s going to take me time to adjust really to what’s going on,” she said. “I mean, I’m still so new to everything.

“Like the experiences that I’m going through right now, even though I might not feel 100 per cent amazing right now, I know they’re for the greater good.

“For the bigger picture, I’ll be thanking this moment. So, that’s the lesson I think, that you can easily get sucked into being so focused on the result and getting disappointed.”

Despite her rapid rise and success in New York, Raducanu has still only competed in a handful of tournaments on the WTA Tour.

The Bromley local welcomes the lessons she will learn following the tough defeat, which will stand her in good stead for the remainder of her career.

“I’m still very, very new to the tour. I think that experience just comes from playing week in, week out and experiencing all these different things.

“I’m kind of glad that what happened today happened so I can learn and take it as a lesson. So going forward, I’ll just have more experience banked.”

Raducanu praised her opponent’s performance and she will go on to face an idol of the teen, Simona Halep.

“You’re going to have highs and you’re always going to have some lows where you’re disappointed with how you performed. Aliaksandra played an extremely great match,” she added.

“She has played, you could tell she’s more experienced than me. She went out there and executed her game plan better than I did. She, of course, deserved to win that.”