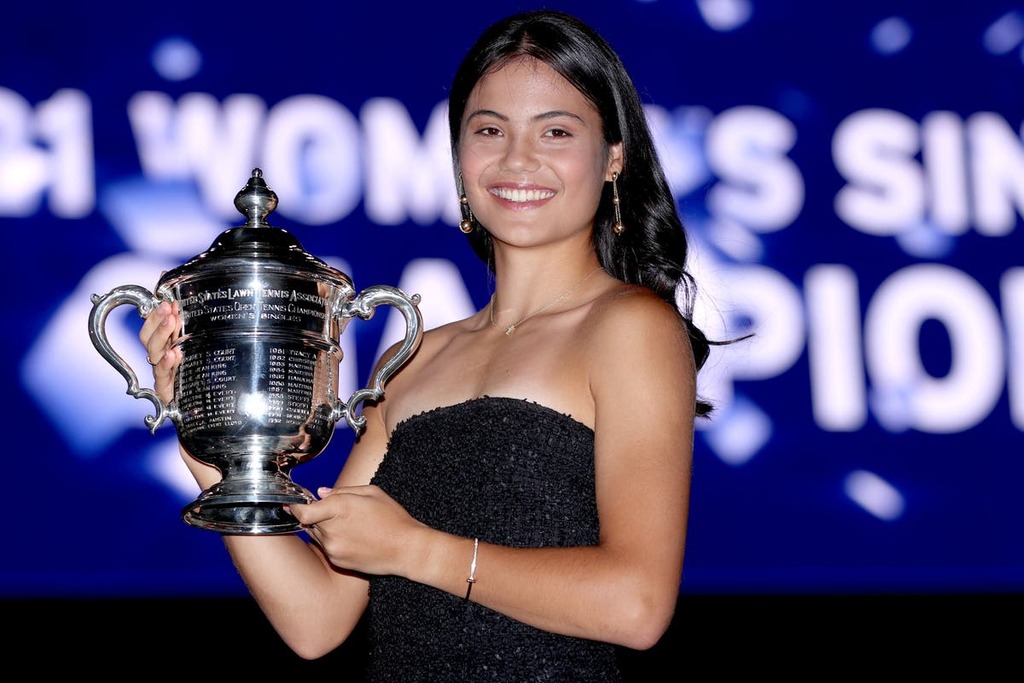 Emma Raducanu will be honoured by the Queen after her historic victory at the US Open tennis tournament, according to reports.

The British 18-year-old became the first qualifier ever to win a Grand Slam title on Saturday, after storming to victory against 19-year-old Leylah Fernandez in straight sets.

While some have tipped Ms Raducanu – who has only just completed her A-levels – as a major contender to win the BBC’s Sports Personality of the Year Award, The Telegraph reported on Sunday that the tennis player is certain to receive at least an MBE in the New Year’s Honours List.

Insiders believe there will also be debate around her becoming a rare teenage recipient of the OBE given the magnitude of her achievement, the paper reported.

The Queen already appears to be firmly in Ms Raducanu’s court, congratulating the tennis star on her “remarkable achievement”, which the monarch described as “testament to your hard work and dedication” and likely to “inspire the next generation of tennis players”.

The 18-year-old, who grew up in Bromley, suggested that she would frame the monarch’s words, which “meant everything”, telling the BBC that she was “extremely honoured and very very grateful that she took notice of my tennis”.

Meanwhile, Ms Raducanu, who entered the tournament ranked number 150 in the world by the Women’s Tennis Assocation, is set to shoot to number 23 following her victory at Arthur Ashe Stadium on Saturday.

Not only will this make her Britain’s top seed, experts predict that Ms Raducanu is likely to become the highest-paid sportswoman in the country this year, with lucrative sponsorship deals expected to bring her millions of pounds on top of the $2.5m (£1.8m) prize money attached to winning the US Open.

“I first started when I was a little girl but I think the biggest thing that you have visions of, for me it was just winning, the winning moment, and going to celebrate with your team in the box. That’s been playing in my head a couple of nights. I’ve fallen asleep to that.”

Ms Raducanu added: “I definitely think it’s the time to just switch off from any future thoughts or any plans, any schedule. I’ve got absolutely no clue. Right now, no care in the world, I’m just loving life.”