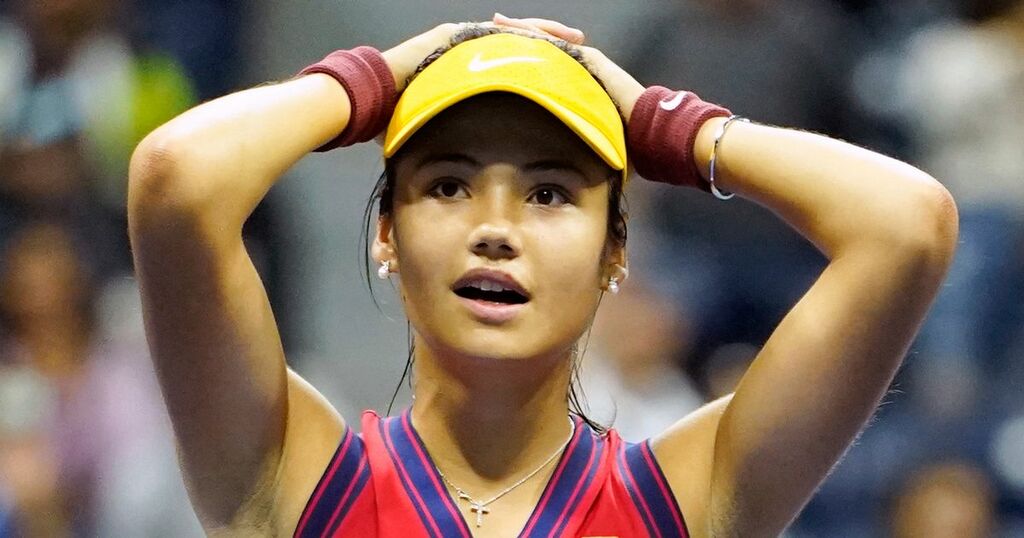 Emma Raducanu will make tennis history when she walks out onto the court at the Arthur Ashe Stadium to play in the US Open final on Saturday – but the teenager's parents sadly won't be there to see it in person.

The 18-year-old is the first ever qualifier to reach the final of a Grand Slam tournament, and will play another youngster in Canada's Leylah Fernandez, 19, who is also in her first major final.

Both have taken some huge scalps along the way, with the Canadian knocking out Naomi Osaka in the third round before beating second seed Aryna Sabalenka in Thursday night's semi-final.

Raducanu's run to the final has been virtually flawless, and she is yet to drop a single set to any opponent in the whole tournament, despite coming up against tough opponents like Olympic champion Belinda Bencic and Greek 17th seed Maria Sakkari.

Only Fernandez now stands between her and an unlikely maiden Grand Slam success, after only bursting onto the world tennis scene earlier this summer with a surprise run to the fourth round at Wimbledon.

She was criticised by some including Piers Morgan for the way she exited the tournament in SW19, but Morgan is now singing her praises on Twitter and Greg Rusedski says she is worthy of being the world number one, so good have been her performances.

Sadly, Raducanu's parents Renee and Ian will not be in New York to witness their daughter make history in person.

Instead, the teenager revealed, they will have to watch from afar on TV like the rest of us as she bids to complete the job at Flushing Meadows.

"It's not possible [for her parents to travel in time], because you need a waiver and it takes a couple weeks for approval," Raducanu explained.

Ordinarily some players and their families might have had the foresight to book travel in advance just in case, but the idea that Raducanu would reach the final in just her second ever Grand Slam appearance was so remote it seemed not to cross their minds.

The 18-year-old herself admitted earlier this week she had booked her flights home for after the qualifying rounds had finished, as she had not expected to progress so deep into the tournament.

After being born in Canada to a Romanian father and Chinese mother, Raducanu moved to England as a two-year-old and picked up a racket not long after, honing her skills at a club in Bromley.

She turned professional in 2018, aged 15, after being encouraged to do so by her parents – who she has praised for the impact they had while she was learning her craft.

The teenager said: "I think my parents have both instilled in me from a very young age to definitely have a positive attitude on court.

"Because when I was younger, it was definitely an absolute no-go if I had any sort of bad attitude.

"So from a young age, I definitely learnt that, and it's followed me until now."