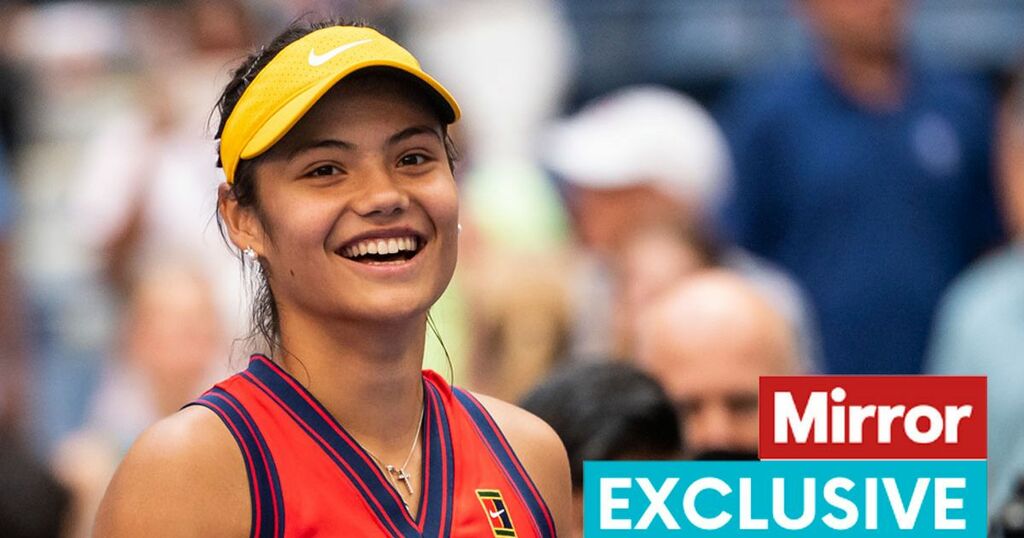 Teen tennis sensation Emma Raducanu is “lighting up our homes like she did the classroom”, according to the headteacher who watched her smash her studies.

Emma, 18, has become the youngest British player to reach the quarter finals of the US Open.

Incredibly she has not lost a single set on her way to the last eight, where she on Wednesday takes on Swiss Olympic champion Belinda Bencic, 24.

Back at Newstead Wood school in Orpington, Kent, which Emma has just left having gained an A in A-level maths and an A* in economics, staff and pupils are behind her all the way.

Headteacher Alan Blount told the Mirror: “Often when you look at these elite sports stars it seems unattainable.

“But she’s a girl who’s just received her A-level results a few weeks ago and now she’s playing on the world stage.

“She’s a total inspiration to those at our school and elsewhere.”

How far can Emma go? Have your say on this story in the comment section

He said what we see of smiling Emma in her post-match interviews is the real deal. She is loving every minute of it and that comes across.

“She’s being completely herself out there, it’s just who she is,” Alan said.

“She lit up the room when she was at school and now she’s doing that to us when she’s coming through our TVs at home.”

Despite the time difference, Alan cannot help but get drawn into the excitement of watching his former student start to fulfil her potential.

Get all the latest sport news sent to your inbox. Sign up for the free Mirror newsletter

“It’s impossible not to get caught up in it,” he said. “It’s like an Olympic spirit.”

If pupils are unable to watch her matches live, Alan makes sure they can see them streamed in the main hall the next morning.

Emma demolished US world No49 Shelby Rogers in the last 16, and was cheered on by Virginia Wade – the last British female to win the US Open, back in 1968.

The win meant Emma became the first woman since Jennifer Capriati in 1990 to reach at least the fourth round of her first two grand slam tournaments. She is only the third qualifier to reach the quarter-finals at Flushing Meadows.

It comes after a breakthrough summer in which she made the fourth round at Wimbledon.

Her tournament ended when she was forced to retire in the second set against Australia’s Ajla Tomljanovic after suffering breathing difficulties.

Thanks to her exploits – which may not yet be over – Emma is now 8/1 with BetVictor to win BBC Sports Personality of the Year, behind Olympians Adam Peaty, Jason Kenny and Tom Daley.