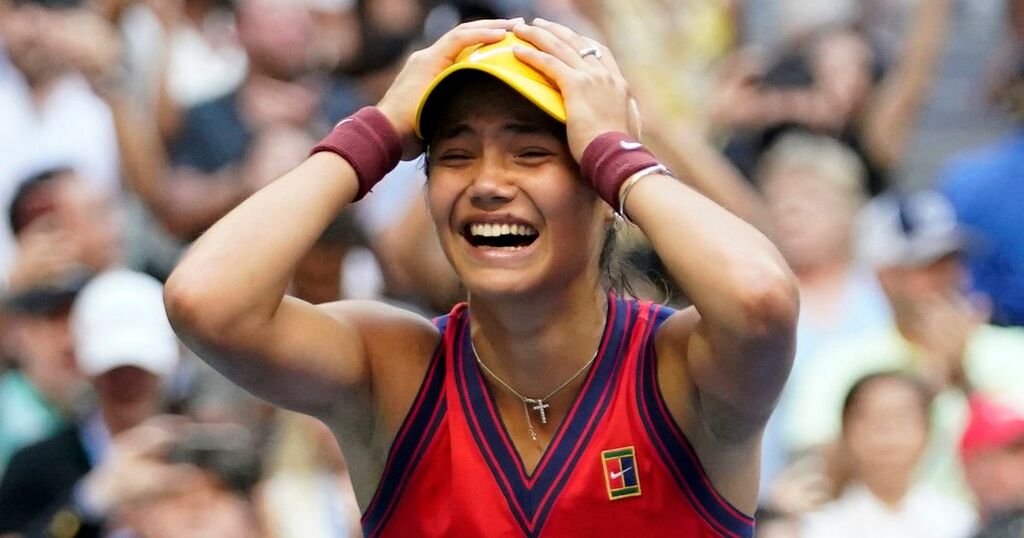 Emma Raducanu's journey from relative unknown to Grand Slam champion has been almost instant as she capped a blistering few months with US Open glory at Flushing Meadows on Saturday.

The 18-year-old started 2021 ranked 345th in the world before moving nearly halfway up the board following her performance at Wimbledon.

Raducanu fever had swept over SW19 back in June when she powered her way to the last-16, only for her campaign to end in disappointment as she withdrew mid-match with breathing difficulties.

That was a difficult and unforeseen obstacle for the British teenager - but not that you would have known it as she romped to victory in the Arthur Ashe Stadium without losing a single set during the tournament.

Her 6-4 6-3 win over Canadian 19-year-old Leylah Fernandez has sent shockwaves through sport, and catapulted her to superstar status as sponsors scramble to put her front and centre of their marketing promotions.

She even came into the Open ranked 150, but ends in the incredible position of 23rd.

And her remarkable rise was so steep, she even got herself blocked from Instagram.

Following her run at Wimbledon, BBC Sports presenter Sue Barker said to Raducanu during an interview: “You had 2,000 Instagram followers when you started. How many have you got now?”

The tennis star replied: “I’m not sure, it’s funny because my Instagram actually blocked me out.

“I think they thought I was a robot or something, so we’re trying to fix that right now.”

Fast forward a few months and Raducanu now boasts 1.2million followers on the social media site, with that figure only certain to rise now that she is global news.

Having migrated to the UK from her Canada birthplace as a child, Raducanu - who has a Romanian father and Chinese mother, grew up in Bromley, where her tennis journey began.

Former coach Simon Dahdi taught her from the age of eight to 11 and told The Mail. "It was obvious even then how talented she was.

"She showed athleticism, concentration. Good technique. Good understanding of the game tactically. She was very impressive from a very young age."

Now she sits on a fortune after banking £1.8million in prize money from her US Open triumph, with her marketability at an all-time high.

Her agent, Max Eisenbud, has looked after many of tennis' biggest stars in recent years, including Novak Djokovic, Naomi Osaka and Maria Sharapova, and reportedly believes Raducanu could earn more than Andy Murray in commercial income.

PR expert Mark Borkowski told The Sun : ""Potentially, I see her as a billion dollar girl.

"She's everything that is really positive about the new icons that this age has got to throw up.

"In the conflicting culture wars, here we have someone who is young, incredibly talented, has a multicultural background, everything about her is what every brand would like to get their hands on right now."

That was backed up by sports marketing consultant Tim Crow, who told The Guardian before the final: “I haven’t had this many calls from clients, major brands, who are interested in her since Lewis Hamilton broke through in Formula One.

"If she wins she will become one of the hottest properties in British sport, if not the hottest.”