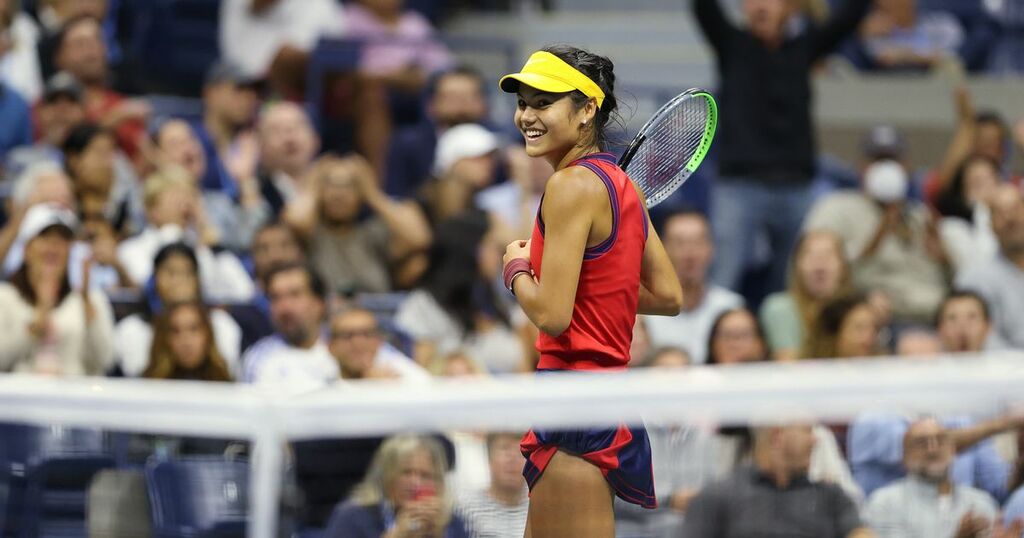 Emma Raducanu will become the first British woman to contest a Grand Slam singles final since 1977 after another stunning victory in New York.

The 18-year-old burst onto the scene with a run to the fourth round at Wimbledon in June, but it is at the US Open where she has underlined her credentials as a top player on the WTA tour.

Those involved in British tennis have been well aware of Raducanu's potential for several years, but not many will be bold enough to claim they predicted a rise so meteoric.

If she claims victory in Saturday's final against Leylah Fernandez, she will become the youngest Grand Slam champion since Maria Sharapova stunned Serena Williams at SW19 as a 17-year-old in 2004.

Raducanu responded well to slow starts in her previous two matches — she was broken in her opening service game against both Shelby Rogers in the last 16 and Olympic champion Belinda Bencic in the quarter-final before bouncing back to record routine wins.

Against the sixth best player on the WTA tour this year in Maria Sakkari, Raducanu faced seven break points in her opening two service games but held firm in both, and inflicted serious damage on her opponents' serve too. After less than half an hour, the rookie led the opening set 5-0, and the set was soon wrapped up after just 37 minutes.

Will Raducanu win the US Open? Let us know in the comments section.

Raducanu's return game has been immaculate throughout the tournament and it was an aggressive backhand return which secured the first break of the second set, in the third game of the match.

Further break opportunities came and went, but Raducanu's serve was solid enough that it didn't matter, as she secured a nerveless 6-1 6-4 win.

The teenager paid tribute to the LTA in the immediate aftermath of her victory as Sakkari made a swift exit from Ashe: "Honestly today I wasn't thinking about anyone else except for myself.

"While I have the moment I just really want to thank my team, the LTA and everyone back home for their support - I wouldn't be here without it.

"Tonight playing under the lights on Arthur Ashe, it's one of the most iconic things in tennis and I was just so excited to come out here and play in front of you guys. Thank you for coming."

Awaiting Raducanu in the final is another teenager, the Canadian Fernandez, after she overcame Belarusian second seed Aryna Sabalenka in a gruelling three-setter.

Fernandez's run to the final has, on paper, been even more impressive than Raducanu's, with third seed Naomi Osaka, fifth seed Elina Svitolina and 2016 US Open winner Angelique Kerber all falling to the 19-year-old.

And Raducanu is insistent that the pressure is all on her opponent, explaining after her memorable win: "I mean, is there any expectation? I'm a qualifier, so technically on paper there's no pressure on me."

Elsewhere, Britain is guaranteed a winner in the men's doubles event, after Jamie Murray and Joe Salisbury both reached the final with their respective partners, Bruno Soares and Raveej Ram.

In the men's singles wheelchair event, Britons Alfie Hewett and Gordon Reid are both into the semi-finals, while Jordanne Whiley is also into the last four in the women's draw.