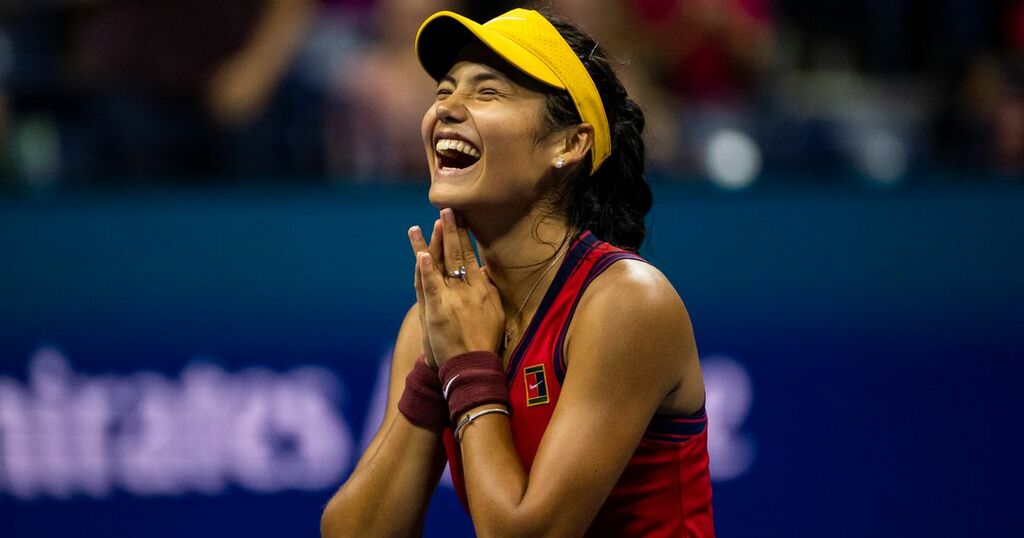 She's blitzed her way into the US Open final without losing even a set - but Emma Raducanu won't be weighed down by expectation when she takes on Leylah Fernandez.

After producing another stunning display to beat world no 17 Maria Sakkari 6-1 6-4, Raducanu said her status as a qualifier meant there was "no pressure" on her as she bids to become the first British woman to win a Grand Slam since Virginia Wade's Wimbledon triumph in 1977.

“Honestly the time here in New York has gone so fast," she said on court.

"I’ve just been taking care of each day and three weeks later I’m in final. I can’t actually believe it.

“Today I wasn’t thinking about anyone else except for myself. While I have the moment I want to thank my team and the LTA and everyone at home for all their support.

“Since I’ve been here from the first round of the quallies I’ve had unbelievable support.”

And when asked about her chances for the final, the 18-year-old replied: “Is there any expectation? I’m a qualifier so technically there’s no pressure on me."

Raducanu's has caught the hearts of many with her very own fairytale of New York, having to win three matches just to be in the main draw at Flushing Meadows, and is the first qualifier in the tournament's history to make it through to the final.

It's only her second Grand Slam appearance after playing at Wimbledon this summer, where she reached the last 16 before retiring during her match with Ajla Tomljanovic due to breathing difficulties - an experience that the new British no 1 has since said she's learnt from.

However, her opponent on Saturday has enjoyed a memorable fortnight of her own.

Canadian player Fernandez, 19, is competing in her fifth Slam but in the previous four, had only been past the first hurdle once, reaching the third round of the French Open in 2020.

Unlike Raducanu, she did not have to come through qualifying but began the tournament unseeded, and herself produced a seismic shock in her semi-final by beating world no 2 Aryna Sabalenka 7-6 4-6 6-4.

It means the first all-teenage final at the US Open since Serena Williams defeated Martina Hingis to win her maiden Grand Slam back in 1999.