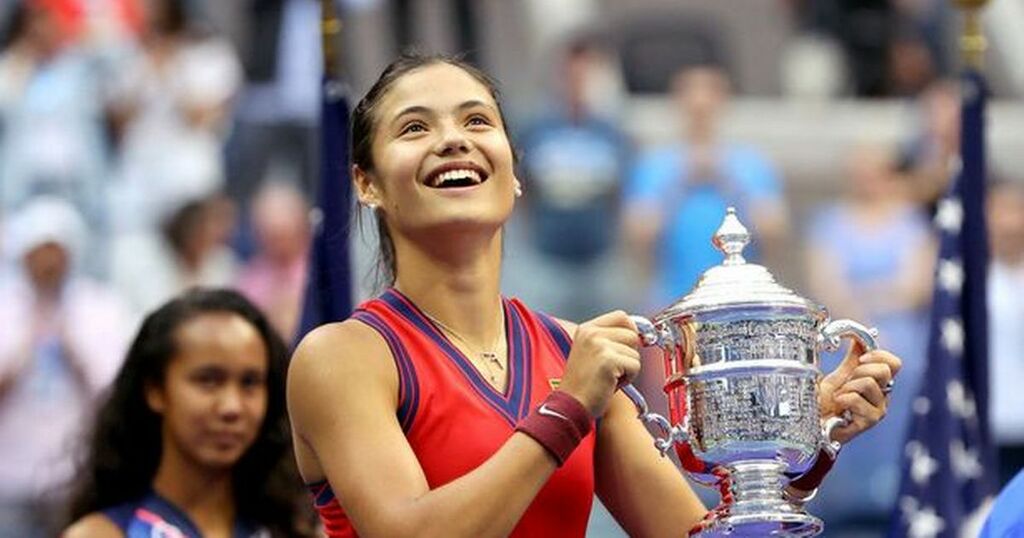 Emma Raducanu completed the sporting fairytale of the year by winning the US Open in New York.

The 18-year-old qualifier beat Leylah Fernandez 6-4, 6-3 to become the first qualifier to ever win a Grand Slam - and without dropping a seat.

On a scorching evening at Flushing Meadows, she completed one of the most breathtaking, unexpected triumphs in illustrious tennis history.

The Brit described merely reaching this final of the event as ‘mind-blowing’.

But she went one better to become the first woman from these shores to win a Slam since Virginia Wade’s Wimbledon success in 1977.

Raducanu said: "Leylah's always going to fight. I think it shows the future of women's tennis is great and I hope some of us can follow in the steps of the legends.

"It means so much to have Virginia Wade and Tim Henman here. British icons and gave me the belief I could do it.

"It was an incredible match and I hope to play Leylah in many finals.
"Having such a supportive team has been amazing and I have to thank them for all the support over the years.

"Thank you for supporting me and spurring me on in some difficult moments.

"I hope me and Leylah put on a good show today."