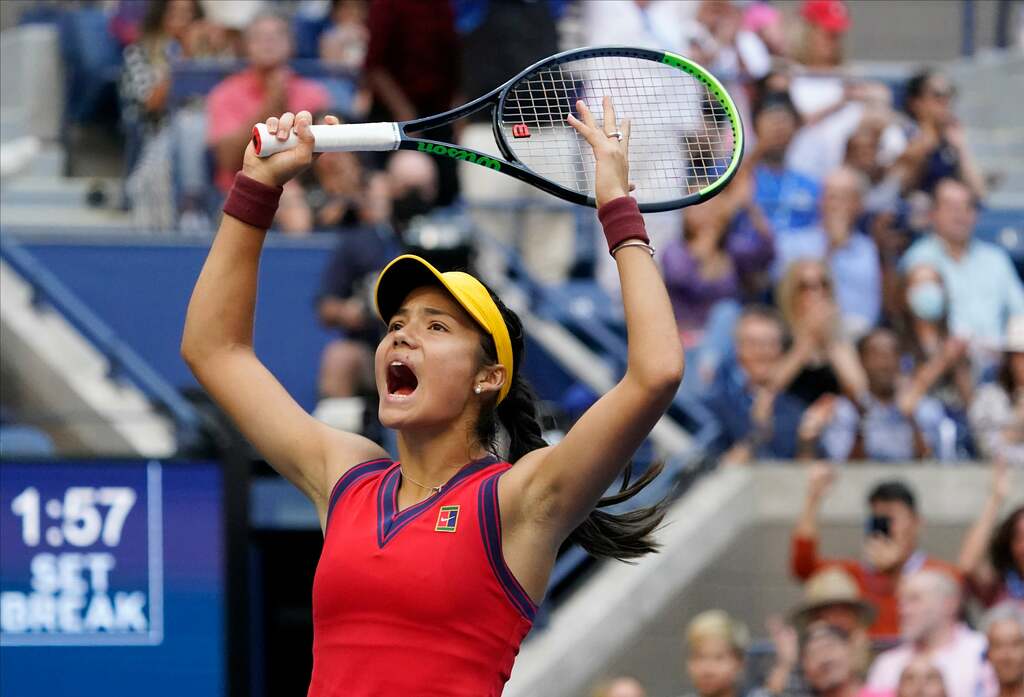 Against the odds, she’s done it.

Emma Raducanu has made history by winning the US Open, becoming Britain’s first female grand slam singles champion for nearly half a century.

The 18-year-old tennis star, who was the first ever qualifier to reach a slam final, beat Leylah Fernandez, a 19-year-old Canadian, in straight sets (6-4 6-3) during the women’s final in New York. The pair have known each other since they competed at under-12 level.

The impressive victory – which she won with an ace on her third championship point – means Raducanu is the first British woman to win one of the sport’s biggest trophies since Virginia Wade in 1977.

It comes after a dream-like run in the tournament for the teenager, in which she was not expected to reach the final, having seeded at number 150 in the world. Now, alongside winning a £1.8million prize cheque – more than eight times Raducanu’s current career earnings – she will gain 2,000 ranking points, which would move her current standing up to 23.

After she won, Raducanu – who did not drop an entire set during the tournament – fell to the court in disbelief before climbing into the stands to celebrate with her team.

As expected, she was flooded with congratulations – even from the Queen...

🚨 | NEW: The Queen has hailed @EmmaRaducanu’s “remarkable achievement at such a young age”, praising her “outstanding performance” pic.twitter.com/uA21Y5xn3P

She’s done it 🔥 🔥@EmmaRaducanu makes British tennis history at the #USOpen with the most incredible performance 🎾 pic.twitter.com/4ojIaZS9fs

A star is born- Emma Raducanu makes history - never has a qualifier won a major- men or women- and she is just getting started. And will never have to qualify again:)
Leylah Fernandez will be back -both are champions but Emma has the trophy- well done!!!#USOpen

WHAT A SUPERSTAR @EmmaRaducanu 💫 absolutely incredible. History made!

Huge congratulations @EmmaRaducanu on your stunning performances and historic Grand Slam victory! Incredible –we are all so proud of you. @LeylahFernandez well done on your amazing achievements at this year’s #USOpen, it’s been a pleasure to watch. C

— The Duke and Duchess of Cambridge (@KensingtonRoyal) September 11, 2021

Congratulations to @EmmaRaducanu on your #USOpen win - what a fantastic achievement! 🇬🇧 We are all so proud.

Well done to @LeylahFernandez 🇨🇦 today too. An outstanding match between two inspiring young women - we can’t wait to see where you go next. 🎾 pic.twitter.com/54tE6WYbZW

— The Prince of Wales and The Duchess of Cornwall (@ClarenceHouse) September 11, 2021

What a sensational match! Huge congratulations to @EmmaRaducanu 🇬🇧

You showed extraordinary skill, poise and guts and we are all hugely proud of you.#USOpen

What a winner. A true British hero. Congratulations @EmmaRaducanu on an inspirational win. From qualifier to champion without dropping a set. A phenomenal achievement. #USOpen

Couldn’t take my eyes off a single moment of that match. What skill, athleticism, courage and calmness under extreme pressure. Great fight from Fernandez but we hail a new champion and let’s savour the star Emma Raducanu. Wonderful #EmmaRaducanu #USOpen

Absolutely unbelievable 👏🏻 a inspiration to everyone @EmmaRaducanu 💙🇬🇧🎾

First time in my life I’ve ever tweeted whilst on air but my goodness what a performance, what a triumph, what an amazing young woman. Congratulations @EmmaRaducanu on a truly staggering achievement. US Open winner at 18 without losing a set. Extraordinarily fabulous. 👏🏻👏🏻👏🏻

BREAKING: ⁦@EmmaRaducanu⁩ wins the US Open.
This is one of the greatest achievements in British sporting history.
Congrats, Emma - you champion. 👏👏👏 pic.twitter.com/r3v2T3VaJJ

I would like to congratulate our great British tennis champion Emma Raducanu on her great win.

What a story. We use unbelievable way too easily as a description for something but what Emma Raducanu has done the last two weeks does defy belief. She was unknown a few months ago and she just won the US Open without dropping a set.

The calm, composed way with which Raducanu has romped her way through the draw has been arguably the most impressive thing about her run.

She defeated first Olympic champion Belinda Bencic and then Greek star Maria Sakkari to set up a final against Fernandez.

Speaking after the match, Tim Henman backed Raducanu to add more grand slam titles to her maiden victory at the US Open.

“What she has achieved, second grand slam and the way she has gone about it, she will win more of these, she is that good,” he told Amazon Prime.

“This is not some flash in the pan or fairy tale. She is playing top five tennis. Her world will be turned upside down but she has good people around her. It will be a hell of a ride if she can stay injury free.”

Raducanu, who moved to the UK when she was two, has a Romanian father and Chinese mother, and played at Parklangley Club in Beckenham, south-east London, from the age of six.

Just over a year ago, with the country in lockdown and no competitions to play in, she was smashing tennis balls against the garage wall at home. And barely a month ago she was getting her A-level results (an A* in maths and an A in economics, naturally).

But she burst onto the scene this summer by becoming the youngest British woman in 42 years to reach the fourth round of Wimbledon on her debut.

While that experience ended with her withdrawal due to breathing difficulties – Raducanu admitting later the moment “caught up with her” – it proved to merely be a stepping stone to an even greater achievement.

Speaking after her historic win, Raducanu said she is “switching off” from “any future thoughts or any plans, any schedule. I’ve got absolutely no clue. Right now, no care in the world, I’m just loving life.”

Speaking after her historic US Open win, Emma Raducanu said she is "switching off" from "any future thoughts or any plans, any schedule. I've got absolutely no clue. Right now, no care in the world, I'm just loving life"https://t.co/mwYVrC9iNo pic.twitter.com/B1AQo1yrkp