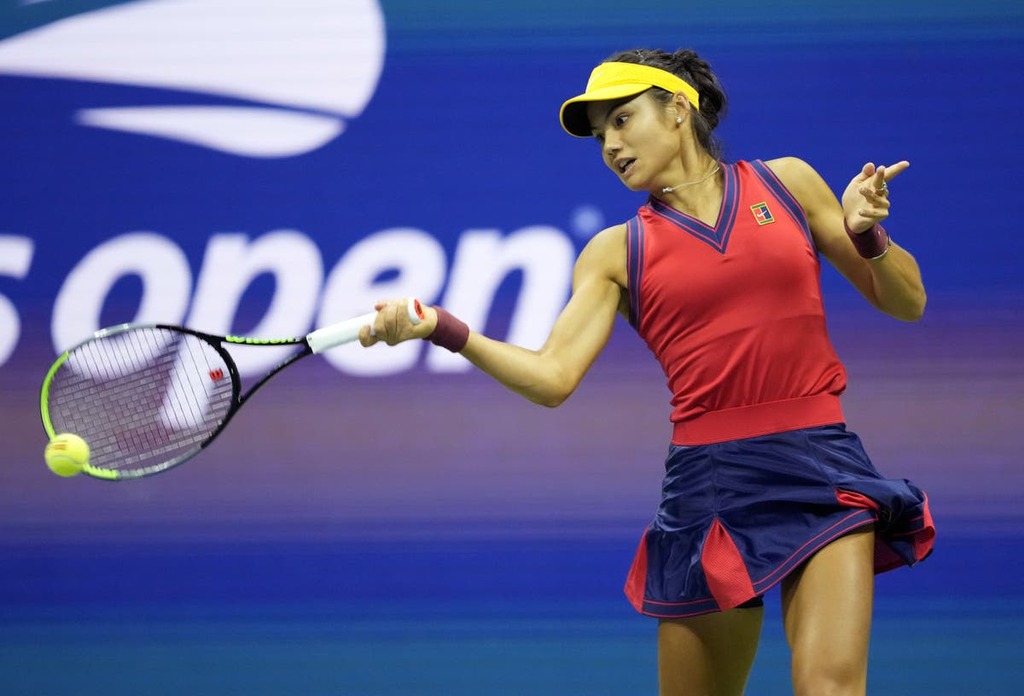 When rock superstar Liam Gallagher is hailing you as a “celestial talent” at the age of just 18 it immediately puts you spotlight and places a certain expectation on your shoulders.

But despite her tender years and relative inexperience Emma Raducanu has embraced her meteoric rise into the upper echelons of women’s tennis – enjoying her own “champagne supernova” if you will – which will no doubt have delighted the former Oasis frontman.

Gallagher is just one of a growing number of celebrity fans of the teenager who burst onto the scene this summer by becoming the youngest British woman in 42 years to reach the fourth round of Wimbledon on her debut.

While that experience ended with her withdrawal due to breathing difficulties – Raducanu admitting later the moment “caught up with her” – it proved to merely be a stepping stone to an even greater achievement.

Catapulted into the spotlight a Vogue magazine photoshoot followed but, true to the grounding given to her by parents Ian and Renee, the Kent-based youngster has maintained her focus on the court and been rewarded accordingly.

However, even she must be slightly taken aback by going so far, so quickly.

Just over a year ago, with the country in lockdown and no competitions to play in, she was smashing tennis balls against the garage wall at home.

Barely a month ago she was getting her A-level results (an A* in maths and an A in economics, naturally).

And that Wimbledon adventure, which Gallagher described as “biblical”, already seems a long time in the past.

But Raducanu is far from an overnight success, having started playing tennis at the age of five, three years after arriving from Toronto in Canada with her family.

Bromley Tennis Centre was the next port of call, where she trained from the ages of 10 to 16, while Newstead Wood grammar school, which also produced world champion sprinter Dina Asher-Smith also played a significant part in her sporting education.

Not that Raducanu needed much encouragement, with varied interests in go-karting, starting out in a bus garage in Streatham before moving on to a proper track, motocross, horse riding, tap dancing, golf, skiing and basketball.

Outside of sport she has taken a keen interest in her parents’ Chinese-Romanian: she speaks Mandarin, binge-watches Taiwanese television shows, and loves nothing more than visiting paternal grandmother Mamiya in Bucharest.

She won UK national titles at under-nine, under-12 and under-16, claimed her first ITF junior title at 13 and reached the quarter-finals of the girls competition at Wimbledon in 2018, where she defeated her US Open final opponent Leylah Fernandez.

She peaked at a junior world ranking of 20 that same year, having reached the quarter-finals at Roland Garros and the US Open.

After turning 18 last November she made her senior debut at the Viking Open in Nottingham in June as a wildcard, a week later enjoying a run to the quarter-finals of the ITF 100k in the same city – a performance which convinced the All England Club to give her a wildcard entry at Wimbledon.

It was the foot in the door she needed. Raducanu has since smashed through it to conquer America.