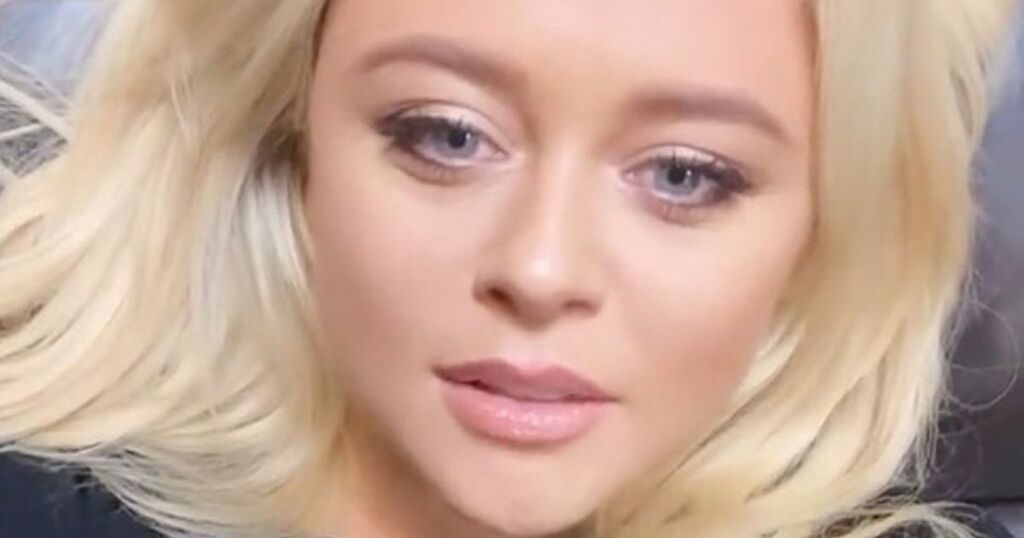 The 31-year old star of Celebrity Juice was just bout to tread the boards at the Albany Theatre in Coventry when she spotted her error, and went straight onto Instagram to inform her 1.7 million followers.

She said: "I’m going on stage soon and I’ve just realised I've got a white bran on underneath a black top. So that’s going to be embarrassing actually with the lighting."

Emily joked: Coventry, you’re in for a treat. I mean it’s debatable if it’s a treat but you’re definitely going to get more than you paid for!"

The runner-up to Harry Redknapp in 2018’ s I’m a Celebrity Ge Me Out of Here! has been on the road with her second UK comedy tour.

Entitled Emily Atack Has Left the Group, it’s all about being a thirtysomething, losing her fear of missing out, and feeling delighted when a friend decides to scrap dinner plans.

Ironically, the tour itself was postponed from 2020 and has now been rescheduled for this autumn.

She wrote:“What a week! One more show in Coventry tonight, then have a few days off with my dog and my pals.

Earlier this week, she spoke out about the horrifying trolling she's been subjected to, since being in the public eye.

She added: “Some of these men are married with children. They’ve got daughters in their profile pictures..

"How can you sleep at night knowing you’ve just tucked your daughter into bed, probably helped them with their homework, and then you’re sneakily going onto your phone?”