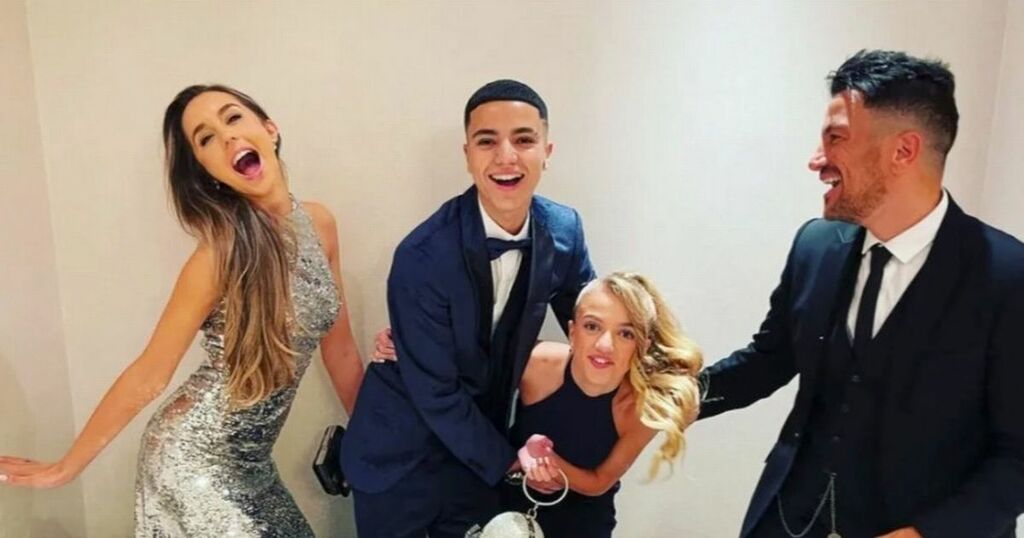 Emily Andre has opened up about her life with stepchildren Junior, 16, and Princess, 14 - risking Katie Price's wrath after her scathing online attack.

Lifting the lid on her parenting duties, Emily revealed that juggling her time on the frontline during the pandemic and being a mum, as well as a stepmum has been quite 'challenging', but she finds that it's all worth it in the end because she's making a difference in so many different people's lives.

Speaking to New Magazine, the NHS doctor revealed: "If I can make a difference, then that makes it worthwhile for me.

"I'd be lying if I said it's not hard work. I try to juggle my mum role and any my work for the NHS. But I love both."

Emily also opened up about the 'mum guilt' she suffers from whenever she puts herself first.

"I have got a lot better at taking time for myself. I never used to do that. I would feel guilty a lot. If I had an hour off, I'd think I should be doing something with all the kids. But I can't look after everyone unless I look after myself."

It comes after Peter's ex-wife Katie called out the NHS doctor in a now-deleted social media rant.

Sharing a cover of a magazine featuring Dr Emily Andre on her Instagram Stories, Katie, 43, called the mum-of-two a "disgusting person" and claimed the NHS doctor prevented Princess from visiting her in rehab last year.

In the now deleted post, the former glamour model made a number of accusations against Emily.

Katie - who shares children Junior and Princess Andre with Emily's husband Peter - then went on accuse the doctor of 'being jealous' of the relationship she has with her eldest daughter.

Katie concluded: "Emily you are not and never will be my kids' parent so mind your own business, you're so two faced and definitely not the person you portray to the public.

"I think you're a disgusting person so stop trying to interfere in my life."

Following her outburst, furious fans dubbed Katie as 'disgraceful' for her hurtful words towards Emily.