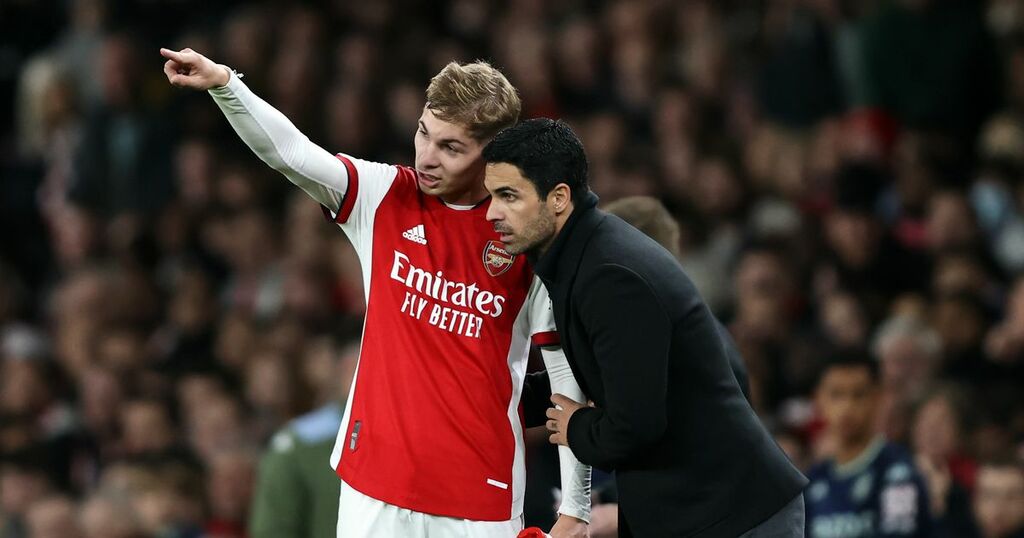 Arsenal will be looking to bounce back on Thursday evening as they travel to Anfield to take on Liverpool in the first-leg of their Carabao Cup semi-final.

The initial match, that was set to be played last week, was postponed after a number of Covid cases in the Liverpool squad.

The Gunners get the chance to play the Reds this week, though, as Mikel Arteta looks for a positive response from his side after their poor performance on Sunday evening as they lost 1-0 to Nottingham Forest in the FA Cup third round.

However, Arteta has a number of injury concerns to deal with.

So, with that being said, football.london rounds up all of the very latest Arsenal-related injury and Covid news ahead of the semi-final showdown at Anfield.

Smith Rowe was one of the first-team contingent that was not involved on Sunday.

The playmaker was left out due to a tight groin, perhaps a precaution from Arteta with such a big game on the horizon. Whether he will be fit enough for Thursday remains to be seen, though.

The Arsenal pair missed out on the Nottingham Forest game due to positive Covid tests, as confirmed by the club before kick-off.

It is unclear when they will return after a period of isolation, with Xhaka perhaps needed due to light midfield numbers and Balogun reportedly set for a loan move to Middlesbrough in the very near future.

What Arteta said: "I don’t know it will depend on the next few days about how he’s [Xhaka] feeling."

Gabriel was shown a red card in the 2-1 defeat to Manchester City recently, and has now served his one-match suspension.

The Brazilian defender was initially supposed to miss last week's first-leg, but with that being called off, he served his suspension against Nottingham Forest.

Tomiyasu was another exclusion from the squad for Forest, suffering a tight right calf before the game.

The Japan international could be back in the mix if he can recover in time for Thursday.

The following players are representing their countries at the Africa Cup of Nations: