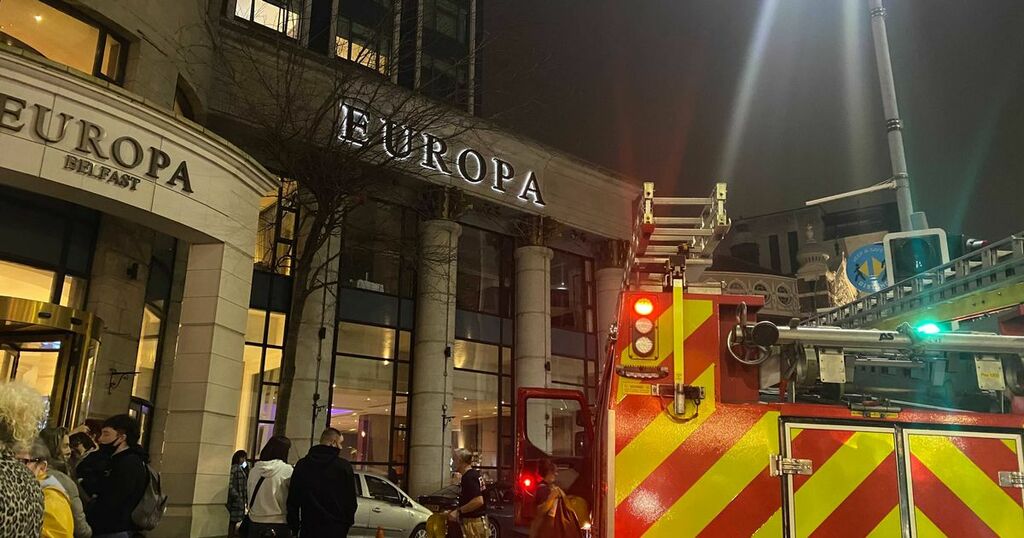 Emergency services responded to reports of a fire in Belfast's Europa Hotel on Friday night.

Crews from the Northern Ireland Fire and Rescue Service were called to the Great Victoria Street area shortly after 7pm on January 14.

Guests were evacuated from the hotel after reports that a small electrical fire broke out on the eleventh floor.

The PSNI told Belfast Live that the fire had been put out just before 8pm.

Both Great Victoria Street and Bruce Street were closed by officers while the NIFRS worked to get the fire under control.

A PSNI statement read: "Motorists are asked to avoid Belfast city centre’s Great Victoria Street as it, along with Bruce Street, are currently closed as the Northern Ireland Fire & Rescue Service are dealing with a fire in the area.

"Please seek an alternative route for your journey."

Both roads have now been reopened to traffic.