Elon Musk Chooses to Regain Control of His Story

Elon Musk wants to regain control of the narrative about his life.

The billionaire has become the world's most influential CEO, with more than 107 million followers on Twitter alone.

Starlink, the independent and secure satellite-nternet-access service offered by Musk's SpaceX aerospace company, currently serves all continents, which is helping to extend his influence globally.

Despite the upheavals that have shaken the markets this year, the Tesla  (TSLA Get Tesla Inc. Report chief's fortune is valued at $262 billion as of Sept. 21, according to the Bloomberg Billionaires Index. No one else on Earth is in the $200 billion club.

His closest rivals are the Indian entrepreneur Gautam Adani, with a fortune estimated at $144 billion; and Amazon's  (AMZN Get Amazon.com Inc. Report executive chairman and Musk's rival in the effort to conquer space, Jeff Bezos, with $142 billion.

But as the global economy falters and economists and investors fear it may slip into an inflation-ridden recession, the spotlight may turn to the continued widening of socioeconomic inequality.

In this context, the approach of the U.S. midterm elections in November is likely to energize the discourse within the Democratic Party's left wing about how to tax the richest.

Musk, 51, just got a taste of what's to come. And he's not sitting idly by and simply listening.

Robert Reich, former secretary of labor under President Bill Clinton, recently produced a video broadcast on social networks in which he deconstructs what he calls the myth of self-made billionaires.

"Elon Musk came from a family that owned an emerald mine in Apartheid South Africa," Reich wrote on Twitter on Sept. 20. "Bill Gates’ mom helped Microsoft get a deal with IBM. Jeff Bezos’ garage-based start was funded by a quarter-million dollar investment from his parents. 'Self-made billionaires' are a myth."

Musk initially opted to dismiss Reich's remarks by calling him a "liar" and an "idiot."

But then he seems to have understood that letting others write or rewrite the script of his story might not be the right solution. In May, a long article in the New York Times on his childhood in South Africa, where he was born, had already caused a stir.

Musk was brought up "in elite, segregated white communities that were littered with anti-Black government propaganda, and detached from the atrocities that white political leaders inflicted on the Black majority," the newspaper said.

Instead of finding himself on the defensive, Musk has decided to get back behind the wheel and describe his background in South Africa in the first person.

"I went to government schools, not private, except for part of one year in third grade," Musk wrote on Twitter on Sept. 21.

A Twitter user who seems to know his background then jumped in.

"It's semantics. The school in question is Pretoria Boys High School, which is a prestigious, semi-private, tuition-charging school," the user commented. "I think it's pretty difficult to argue that the average South African under Apartheid was able to attend a school like this."

"Also, I was there for 2.5 years, previously attending govt schools for 9 of 12 years."

The exchange between the two continued.

"Given that the school district is based around the Brooklyn area of Pretoria, doesn't that say quite a bit on its own?" the user said. "Come on, let's not pretend that it wasn't considered a prestigious school. Or that the average South African during the Apartheid era went to a school like it."

"Boys High was a good school, but it was government, not private. Brooklyn would be considered a middle income, not exclusive, neighborhood in America," Musk argued.

"I want to make clear, I'm defending, not attacking you here. But surely you can admit that if you had grown up as a poor black child in the townships, without access to books or computers (or the ability to move to Canada), your odds of success would have been much lower," the user added.

"Sure," the billionaire acknowledged.

Musk's Father and the Rumor

While Musk acknowledges having had a good start, he rejects the idea of ​​having had a privileged life or having used family money to become a billionaire.

The rumor about Musk growing up amid affluence and opulence was spread by his father, Errol, whom Musk hates, during two interviews with Business Insider South Africa in February 2018.

In these interviews, Errol asserts without evidence that he once held a half share in an emerald mine in Zambia. He tells an unverified anecdote that at age 16 Elon Musk and his brother, Kimbal, sold two emeralds from the mine to Tiffany & Co. on Fifth Avenue in New York for $2,000.

"We were very wealthy,” Errol told Business Insider. "We had so much money at times we couldn't even close our safe.”

But in 2020, Errol seemed to regret his remarks of 2018 and said in a Facebook post that Elon did not owe him his success. Rather, he said that Elon did it all on his own.

"My very limited involvement in a business transaction in Zambia in the 1980's had nothing to do with South Africa and that business can hardly be deemed to be have been inappropriate. Neither was it beneficial to Elon’s success in the USA, starting in about 1999," he wrote.

"Errol ran out of money in the 90’s. My brother & I financially supported him & his extended family in South Africa since then on condition that he not do bad things. Unfortunately, he did do bad things :(," Elon Musk said on Sept.21.

After graduating high school at 17, Musk left South Africa for Canada to avoid supporting apartheid through compulsory military service and also to try to seize economic opportunities in the U.S.

He attended Queen's University in Kingston, Ontario, and in 1992 transferred to the University of Pennsylvania, where he earned a bachelor's degree in physics and economics in 1995.

At 24, he entered a Stanford Ph.D. program in physics but left after just two days because he believed the internet had much more potential to change society than work in physics did.

Before SpaceX in 2002 and Tesla in 2003, Musk founded Zip2 in 1995, a company that provided maps and business directories to online newspapers. In 1999, Zip2 was acquired by computer maker Compaq  (HPQ Get HP Inc. Report for $307 million. 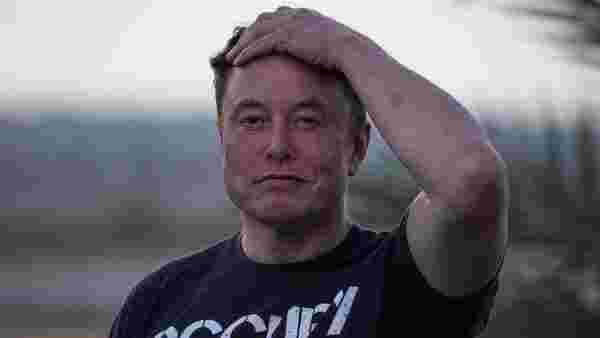 Elon Musk helped his financially 'broke' father but on 1 condition...
Elon Musk has often shared about his contentious relationship with his father. In an interview, Musk called his father a…

Livemint
From analysis to the latest developments in health, read the most diverse news in one place.
Elon Musk throws temper tantrum in response to Robert Reich saying ‘self-made billionaires are a myth’

Elon Musk is planning to deploy thousands of humanoid robots in Tesla factory. However, there is scepticism as about his…

Iranians could soon regain access to the internet, which was blacked out by the government following the recent widespread protests in…

Benzinga
Billionaire Gautam Adani made over ₹1,600 crore in a day as his wealth doubled in a year