Elon Musk has been criticised by the Auschwitz-Birkenau museum for comparing the Canadian prime minister, Justin Trudeau, to Adolf Hitler.

The chief executive of Tesla tweeted a meme that showed a photo of Hitler with the words “Stop comparing me to Justin Trudeau” above the image and “I had a budget” below. The tweet was later deleted.

Musk’s use of Hitler’s image “disrespects the memory of all victims and hurts many people”, said the Auschwitz-Birkenau museum, which is on the site of the Nazi concentration camp where an estimated 1.1 million people were killed.

“Using the image of Adolf Hitler & therefore exploiting the tragedy of all people who suffered, were humiliated, tortured & murdered by the totalitarian regime of Nazi Germany created by him is sad & disturbing,” the museum tweeted in reply to Musk.

The American Jewish Committee said the billionaire’s tweet was unacceptable and demanded he apologise. “Once again, Elon Musk has exercised extremely poor judgment by invoking Hitler to make a point on social media. He must stop this unacceptable behaviour,” it said.

“Musk may believe posting a meme comparing Justin Trudeau to a genocidal dictator who exterminated millions is an appropriate way to criticise policies he disagrees with. It is not. It never is. Musk must apologise and find other ways to voice his displeasure.”

Musk did not respond to the AJC or the Auschwitz-Birkenau museum, but posted another tweet that suggested his Twitter followers read a book about the economic history of Nazi Germany for “an in-depth explanation”.

The world’s wealthiest person, with a $236bn (£173bn) fortune, made the original post in response to reports that Canadian authorities had ordered banks to block cryptocurrency donations to anti-vaccine protesters.

Musk has frequently spoken out in favour of the Canadian trucker protests against Covid-19 mandates. Last month he posted a photo of the long line of trucks and tweeted: “Canadian truckers rule”. In another post he said: “If Canadian government is suppressing peaceful protests, that’s where fascism lies.”

The Tesla boss also accused the US financial regulator on Thursday of targeting him with a “harassment campaign”, which he said was designed to “chill” his criticism of the US government.

In a court filing, his lawyers accused the Securities and Exchange Commission of “targeting Mr Musk and Tesla for unrelenting investigation largely because Mr Musk remains an outspoken critic of the government; the SEC’s outsized efforts seem calculated to chill his exercise of first amendment rights”.

The filing is part of Musk’s attempt to persuade the SEC to distribute $40m (£29m) in fines that he and Telsa paid to the regulator over misleading tweets in 2018.

The SEC sued Musk after he tweeted he had “funding secured” to potentially take his electric car company private at $420 a share. In reality, a buyout was not close.

Tesla and Musk settled by agreeing to each pay a $20m fine, and to let the carmaker’s lawyers vet his tweets that could affect its stock price. Musk’s lawyer said the SEC had committed to returning the $40m to Tesla shareholders, but had failed to yet do so.

• This article was amended on 20 February 2022 because an earlier version referred to Auschwitz-Birkenau where “960,000 people were killed”. The death toll there is estimated to be 1.1 million. The figure of 960,000 relates to those who were Jewish. 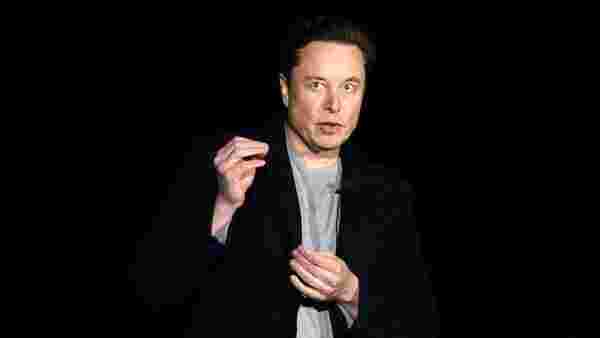 Livemint
From analysis to the latest developments in health, read the most diverse news in one place.
Elon Musk tweets, then deletes, meme comparing Trudeau to Hitler

It's been a wild not-even-24-hours for the Tesla CEO.

Input
One place to find news on any topic, from hundreds of sites.
Tesla's Musk condemned for Hitler tweet as he rips US regulator