Chase Briscoe had been fastest in practice and was leading the way in the final round of qualifying until Elliott laid down a blistering lap (108.407 mph) as the last car out to claim the pole.

Elliott, who won this race a year ago, has two wins on the 2022 season but has yet to win on a road course.

“It was a little more fun than I thought it was going to be, that’s for sure,” Elliott said. “I hope the results are the same tomorrow as they were last year – that’s what’s important.

“I appreciate everybody at HMS from the engine shop to every department that has a hand in what we do to make our Chevy what it was today. We’ll try to go to work and try to get it driving like it needs to for tomorrow.

“I think it’s going to be really, really hard to pass based on what I saw there in practice. It would be nice to keep track position as long as we can. Always a tough thing on road courses to manage that balance.”

The pole is the second of the season for Elliott and 11th of his career.

Briscoe, who ended up second-fastest (108.376 mph) said he could have done better on his lap.

“I did a terrible job – I was more sideways than I was going straight,” he said. “My team definitely deserved the pole; the driver doesn’t deserve the pole. I just didn’t do a very good job.

“I got to clean that up. But we should be really good for tomorrow I think.”

Kyle Larson ended up third, Tyler Reddick was fourth and Austin Cindric rounded out the top-five.

Buescher topped Group B qualifying with an average lap speed of 108.299 mph.

Bowman ended up second-fastest at 108.262 mph but briefly went off-course after posting his quick lap.

McDowell ended up third (108.230 mph) and Elliott and Hand joined him in advancing to Round 2.

At one point midway through the session, William Byron’s brakes locked up and he went off-course in Turn 5 but did not appear to suffer any damage to his No. 24 Chevrolet.

Among those who failed to advance to the final round were Ross Chastain (who had a brake rotor problem), Kyle Busch and A.J. Allmendinger.

Busch’s No. 18 Joe Gibbs Racing team ended up having to change engines and he will have to start Sunday’s race from the rear of the field.

Briscoe, who was fastest in Saturday’s lone practice, led the way in Group A qualifying with an average lap speed of 108.610 mph.

Also advancing to Round 2 were Cindric and Custer.

Among those failing to advance to the final round were Martin Truex Jr., Christopher Bell and the most recent Cup Series road course winner, Daniel Suarez. 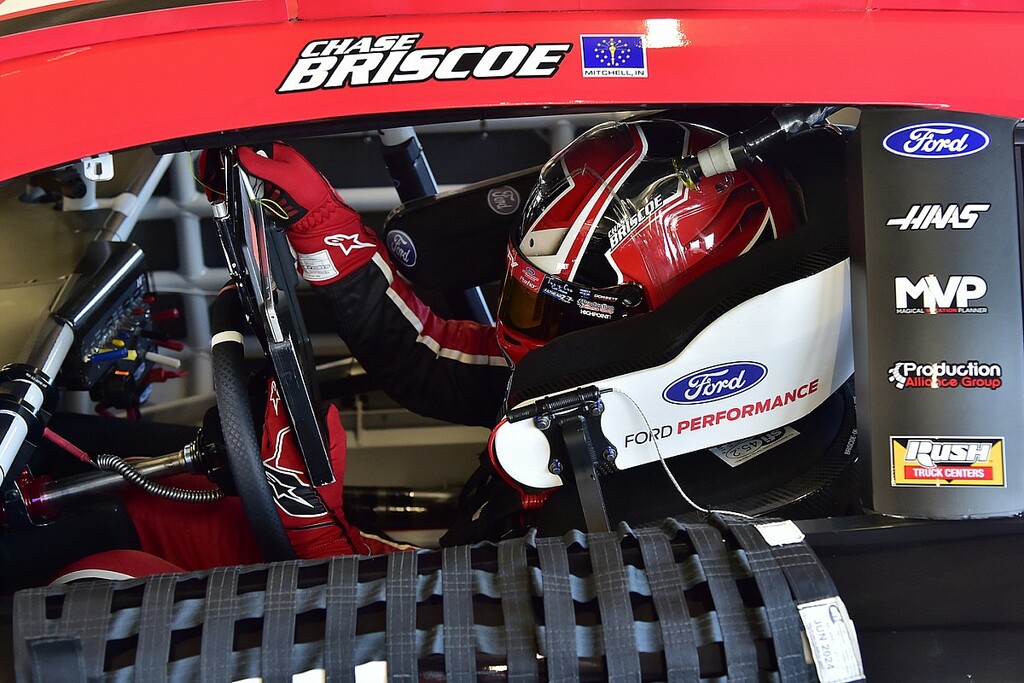 Motorsport
From analysis to the latest developments in health, read the most diverse news in one place.
2022 NASCAR Cup Road America results

Tyler Reddick has become the 13th different winner in the NASCAR Cup Series this year.

Tyler Reddick held off a determined Chase Elliott to win at Road America for his first NASCAR Cup Series victory.