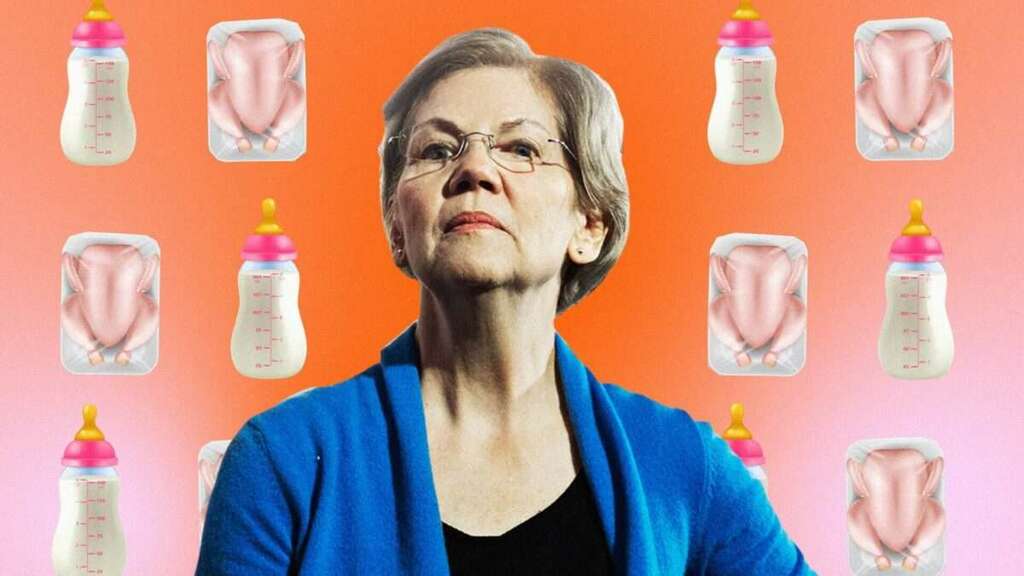 Elizabeth Warren Introduces Price-Gouging Bill That Fails To Define What Qualifies as Price Gouging
The bill would penalize companies for price gouging during times of war, public health emergencies, or natural disasters—which would have…

Reason
Get all your news in one place
Latest Politics news:

Sen. Elizabeth Warren on Thursday led the introduction of new legislation that would enable federal regulators to forcefully crack down on corporate price gouging, a practice that progressive lawmakers and economists say has played a major role in driving U.S. inflation to a 40-year high.

According to a one-page summary released by Warren's office, the Price Gouging Prevention Act of 2022 would "prohibit the practice of price gouging during all abnormal market disruptions—including the current pandemic—by authorizing the Federal Trade Commission (FTC) and state attorneys general to enforce a federal ban against unconscionably excessive price increases, regardless of a seller's position in a supply chain."

The summary notes that the bill would also "create a rebuttable presumption of price gouging against firms that exercise unfair leverage and companies that brag about increasing prices during periods of inflation" and require "public companies to transparently disclose and explain changes in their cost of goods sold, gross margins, and pricing strategies in their quarterly [Securities and Exchange Commission] filings."

"Corporations have price gouged consumers for extra profits—and gotten away with it—for too long," Warren (D-Mass.) wrote in a Twitter post on Thursday.

Warren introduced the new bill alongside Sen. Tammy Baldwin (D-Wis.), who said in a statement that the measure would "shine a light on price hikes and help prevent big corporations from exploiting a period of inflation to gouge consumers with higher costs."

Rakeen Mabud, chief economist at the Groundwork Collaborative, applauded the new bill as an "important" step toward reining in corporate profiteering and argued that "a federal price gouging statute would help curtail this exploitative behavior."

Important new leg from @SenWarren @SenatorBaldwin & @RepSchakowsky taking on price gouging: a despicable practice that takes advantage of consumers at their most vulnerable. A federal price gouging statute would help curtail this exploitative behavior.https://t.co/mtWVOuG2We

The legislation comes a day after federal data showed that while inflation eased slightly in April, consumer prices were up 8.3% last month compared to a year earlier.

In a recent analysis, Josh Bivens of the Economic Policy Institute argued that "the rise in inflation has not been driven by anything that looks like an overheating labor market—instead it has been driven by higher corporate profit margins and supply-chain bottlenecks."

"Companies that historically might have kept prices low to pick up profit by gaining additional market share are instead using the cover of inflation to raise prices and increase profits," Owens wrote. "Consumers are now expecting higher prices at the checkout line, and companies are taking advantage. The poor and those on fixed incomes are hit the hardest."

Elizabeth WarrenInflationLindsay OwensGroundwork Collaborative
Sign up to read this article

Elizabeth Warren Introduces Price-Gouging Bill That Fails To Define What Qualifies as Price Gouging
The bill would penalize companies for price gouging during times of war, public health emergencies, or natural disasters—which would have…