Elizabeth Line - when it opens, route, hours it operates and how much it costs to ride

The Elizabeth Line, the latest addition to London’s expanding public transport network, is finally due to open to passengers this week.

Long delayed and well over budget, the Elizabeth Line - also known as Crossrail - has been the subject of much criticism over the years, but it is expected to boost the capital’s train capacity by 10%.

A journey from Paddington to Canary Wharf will take just 18 minutes when the new line is up and running. But what exactly is the Elizabeth Line, where does it run, when will it be running - and how much has it cost to build?

What is the Elizabeth Line?

The Elizabeth Line, or Crossrail, is a new passenger railway service connecting central London with some of its surrounding areas.

It was officially opened by the Queen on May 17, in the run-up to the Platinum Jubilee celebrations. The first passenger services on the line will run this week.

Elizabeth Line services will carry more passengers - as many as 1,500 per train - than other London Underground stock.

The new line has been decades in the making, with the first east-west Crossrail scheme recommended by a government study as far back as 1974.

It wasn’t until 2007 that the project was finally approved, with work getting underway in May 2009. After a string of delays, this work has taken just over 13 years to complete.

Where does the Elizabeth Line run?

The 73-mile Elizabeth Line runs between Berkshire in the west and Essex in the east, passing through central London along the way.

Its western terminus is at Reading, with its eastern terminus at Shenfield. The line will also serve Heathrow Airport, with stops at Terminals 2 and 3, Terminal 4 and Terminal 5.

A total of 10 new stations have been built along the central and south-eastern sections of the route, while a further 31 existing stations are being upgraded.

When does the Elizabeth Line open?

The first Elizabeth Line service will run at 6.30am on Tuesday May 24 from Abbey Wood to Paddington.

However, the line will not operate direct end-to-end services at first, as it is being opened in phases. Also, the new station at Bond Street won’t open until later this year.

To begin with, it will run in three separate sections: between Reading and Heathrow to Paddington; Paddington to Abbey Wood, and Shenfield to Liverpool Street.

Starting in the autumn, Elizabeth Line trains from Heathrow will run beyond Paddington and through the service’s central section.

The line will be fully operational from May 2023, when its full timetable will be introduced.

It was originally intended that the line would be open by December 2018. However, when the first service runs on Tuesday, it’ll be some three-and-a-half years after that date.

How much does it cost to ride the Elizabeth Line?

Elizabeth Line fares will be in line with those on the London Underground. This was confirmed by London mayor Sadiq Khan back in 2018.

Therefore, journeys within zones 1 to 6 will cost the same as a standard Tube journey would cost, while fares elsewhere on the Elizabeth Line will be the same as those on the pre-existing rail services.

Will the Elizabeth Line be 24 hours?

The Elizabeth Line will not run 24 hours a day. Instead, services will initially run from 6.30am to 11pm, Monday to Saturday, with trains every five minutes.

However, there will be no Sunday service except on June 5 when trains will run from 8am to 10pm for the Platinum Jubilee, Transport for London has said.

How much has the Elizabeth Line cost?

The Elizabeth Line or Crossrail project is estimated to have cost £18.9billion - more than £4billion above its original budget of £14.8billion.

Plagued by delays and cost overruns, the project has been heavily criticised, particularly by people in regions that have been comparatively deprived of public transport investment.

Why has the Elizabeth Line been built?

The Elizabeth Line is intended to boost rail capacity within London as well as cutting journey times, improve accessibility and stimulate the capital’s economy.

However, with much of Britain’s regional railway network outside London in a parlous state, many have questioned why so much public money has been poured into Crossrail. 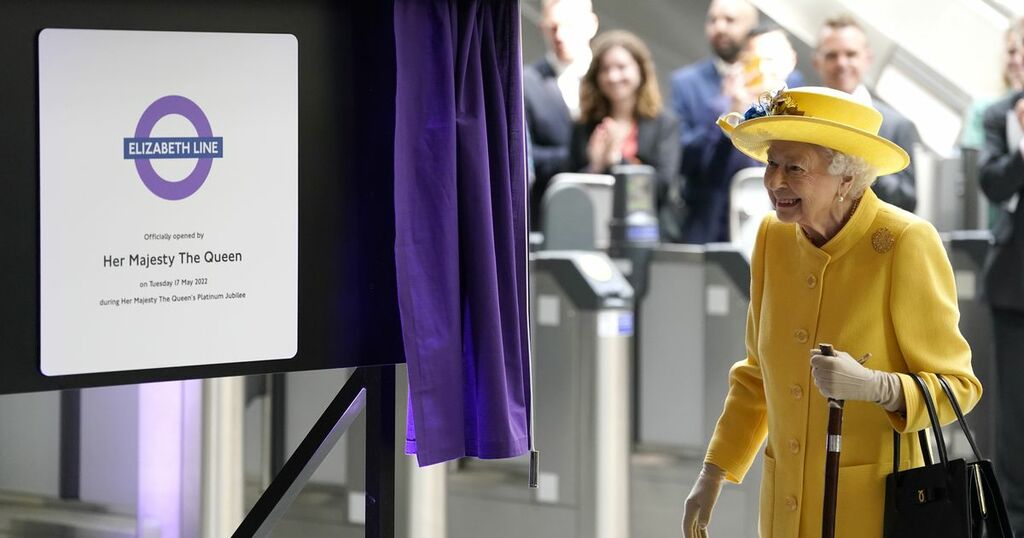 Elizabeth underground line: route map, staions, when it opens and everything you need to know
The new railway, which serves 41 stations and is more than 100km long, has cost £18.9 billion

Manchester Evening News
One subscription that gives you access to news from hundreds of sites
Crossrail: Top 22 facts about the Elizabeth line

The new line–also known as Crossrail–will transform the daily commute for thousands of Londoners.

The first westbound train is due to leave Abbey Wood station at 6.30am, followed three minutes later by an eastbound…