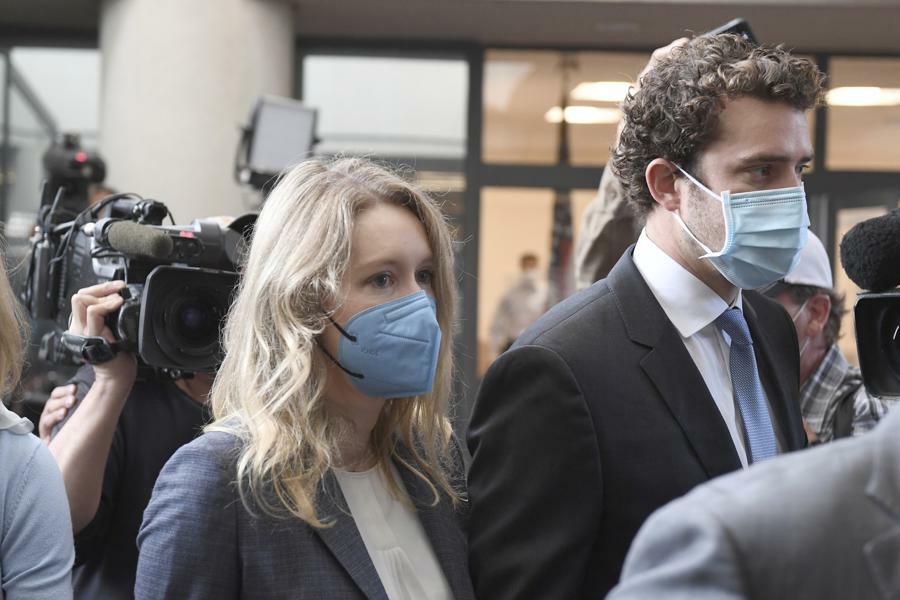 Theranos founder Elizabeth Holmes was “well aware” that her company’s blood testing machines couldn’t perform as advertised but continued to go to great lengths to deceive investors and the public, modifying third-party devices and even producing a doctored report from Pfizer, a federal prosecutor said in the opening statements of her fraud trial on Wednesday.

U.S. Attorney Robert Leach traced the case back to 2009, when he says Holmes was becoming desperate as companies like Pfizer began declining partnerships with Theranos and she was running out of funding, according to reporters from NPR and Law360 inside the courtroom.

“Out of time and out of money, Elizabeth Holmes decided to lie,” Leach said, explaining that she went on to sell the idea of Theranos’ miniature blood testing devices to Safeway and Walgreens though the FDA was “nowhere near” approving them and Theranos was instead relying on machines made by a competitor.

In addition to exaggerating the capabilities of Theranos’ proprietary technology, Holmes grossly misrepresented the company’s revenue, a contract it had with the U.S. military and shepherded through “false and misleading” articles in the media, Leach said.

The prosecutor also stated Holmes ordered her subordinates to modify third-party machines “to deceive Walgreens and Safeway” and once handed investors a forged report from Pfizer claiming Theranos’ devices had “superior performance.”

The false claims were driven by Theranos’ repeated financial struggles, Leach said, noting that the company was burning through $1 million to $2 million per week in 2013 with just $15 million left in cash.

Leach said the prosecution will call up ex-Theranos employees who saw problems with the blood tests, as well as multiple patients who were given incorrect test results, including a man who was falsely led to believe he had prostate cancer and women with incorrect results about pregnancies.

“Elizabeth Holmes was well aware of these problems,” Leach said, adding that the “false and misleading statements were enormously successful.” “The defendant’s fraudulent scheme made her a billionaire. The scheme brought her fame, it bought her honor and it brought her adoration.”

Holmes’ defense team is set to present their opening statements later on Wednesday.

Holmes faces a total of 12 charges—two counts of conspiracy to commit wire fraud and 10 counts of wire fraud—for allegedly engaging in a multimillion-dollar scheme to deceive investors, doctors and patients from 2010 to 2016 alongside Theranos’ former COO Ramesh “Sunny” Balwani, with whom she was romantically involved. If found guilty, they could be sentenced to up to 20 years in prison and hit with a $250,000 fine, in addition to restitution, for each count. Holmes and Balwani have both pleaded not guilty and are standing trial separately (Balwani’s trial is set to begin January 2022).

The trial, which is taking place at a federal court house in San Jose, is expected to last between three and four months, with a potential witness list featuring some of America’s most powerful politicians and businesspeople. Among those who could be called to the stand by the prosecution are former Secretary of State Henry Kissinger, who was a Theranos board member, and media mogul Rupert Murdoch, an investor. Holmes’ lawyers submitted a list of dozens of possible defense witnesses late Tuesday which included former employees, Food and Drug Administration officials and powerful board members like former CDC Director William Foege and former Senate Majority Leader William Frist. Holmes was also on the list as she may choose to testify.

“Board Members, Billionaires And A Journalist: Here’s Who Elizabeth Holmes’ Lawyers Could Call To Testify” (Forbes)