Elizabeth Holmes’ Lawyer Says She Made ‘Mistakes,’ But ‘Failure Is Not A Crime’ 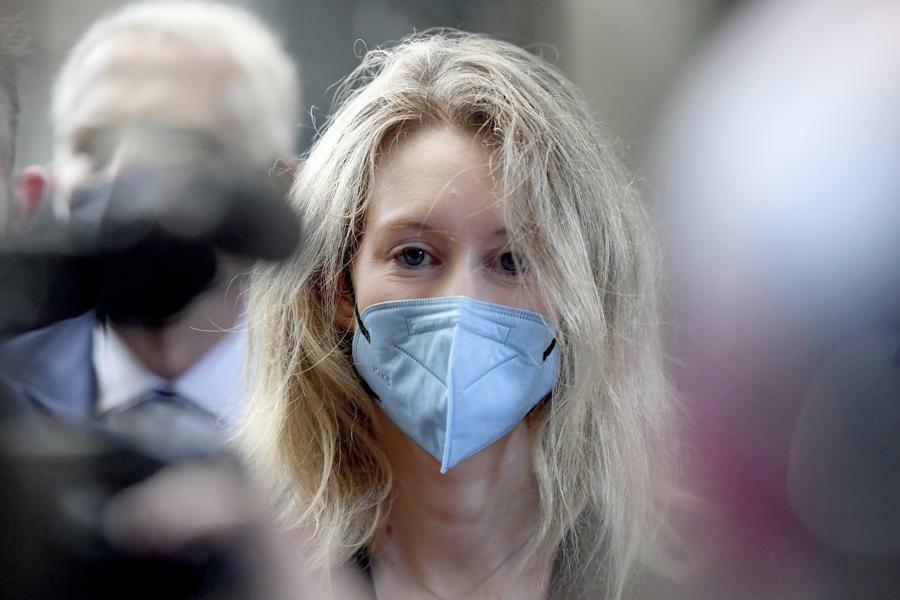 Elizabeth Holmes’ defense attorney argued during the trial’s opening statements on Wednesday that the Theranos founder had no intention of defrauding investors with her blood testing company and instead had the genuine intention of revolutionizing the healthcare industry, but failed because of what he described as “human” reasons.

Defense attorney Lance Wade painted Holmes to the jury as a hard worker who created a genuinely “innovative” company, stressing that Theranos earned 176 patents valued at hundreds of millions of dollars and received positive feedback for its blood tests, which were cheaper than its competitors’, according to reporters from NPR and Law360 inside the courtroom.

“Elizabeth Holmes did not go to work every day intending to lie, cheat and steal,” Wade said, noting that the embattled blood testing machines that ultimately led to Theranos’ downfall were just a slice of the company’s offerings as it also developed assays, hardware and software “from scratch.”

Wade challenged the prosecution’s portrayal that Theranos failed because of fraud, instead describing its downfall as the consequence of well-intentioned “mistakes” like poor operations in the company’s labs.

He then lay the foundations to pass blame for these mistakes, suggesting it was Theranos’ laboratory directors who were responsible for making sure blood tests were accurate and reliable.

As was anticipated, Holmes’ defense attorney signaled he may point a finger at Theranos COO Ramesh “Sunny” Balwani, who is also Holmes’ ex-boyfriend, describing her reliance on him as her primary advisor as “one of her mistakes.”

Wade also denied that Holmes deceived investors by exaggerating her company’s capabilities, saying he will present evidence that the investors in this case were “incredibly sophisticated and knew the risks” and were actually pushing to invest in Theranos.

The reality of the case is “far more human and real, and oftentimes, I hate to say it, technical and complicated and boring” than what the federal government has suggested, Wade said.

Wade’s portrayal of Holmes’ leadership of Theranos deeply contrasts with that put forward earlier in the day by the federal government. U.S. Attorney Robert Leach described Holmes as “well aware” of the shortcomings of her company’s blood testing machines and stressed that she went to great lengths to cover them up. Leach listed off examples of Holmes lying to investors, including through a forged report from Pfizer, and painted the “fraudulent scheme” as the result of various early financial struggles faced by Theranos.

“Out of time and out of money, Elizabeth Holmes decided to lie,” Leach said.

Holmes faces a total of 12 charges—two counts of conspiracy to commit wire fraud and 10 counts of wire fraud—for allegedly engaging in a multimillion-dollar scheme to deceive investors, doctors and patients from 2010 to 2016 alongside Balwani, with whom she was romantically involved. If found guilty, they could be sentenced to up to 20 years in prison and hit with a $250,000 fine, in addition to restitution, for each count. Holmes and Balwani have both pleaded not guilty and are standing trial separately (Balwani’s trial is set to begin January 2022).

The trial—which is taking place at a federal courthouse in San Jose—is expected to last between three and four months, with a potential witness list featuring some of America’s most powerful politicians and businesspeople. Among those who could be called to the stand by the prosecution are former Secretary of State Henry Kissinger, who was a Theranos board member, and media mogul Rupert Murdoch, an investor. Holmes’ lawyers submitted a list of dozens of possible defense witnesses late Tuesday which included former employees, Food and Drug Administration officials and powerful board members like former CDC Director William Foege and former Senate Majority Leader William Frist. Holmes was also on the list as she may choose to testify.