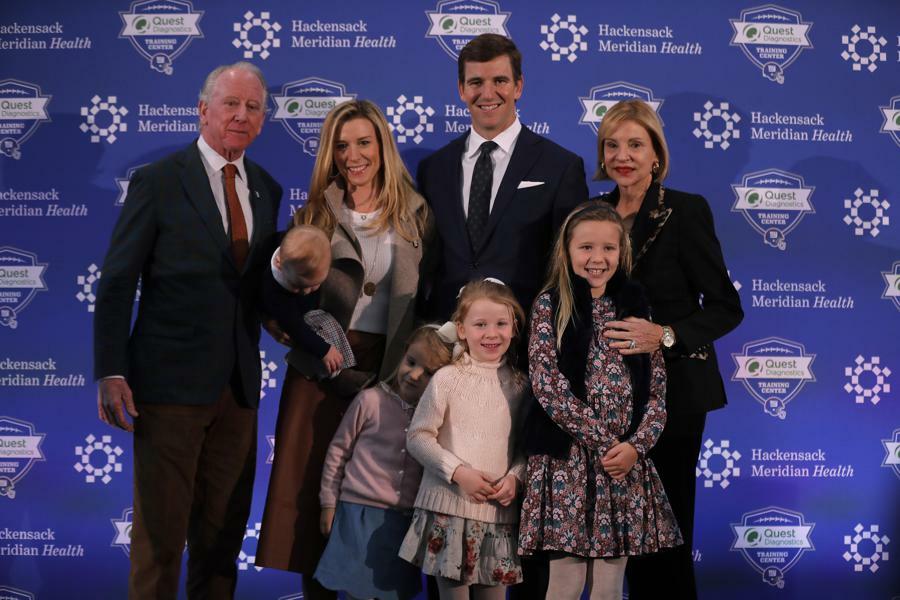 On Sunday afternoon, Eli Manning will sit in the stands with his wife and four children at the New York Giants-Denver Broncos season opener at MetLife Stadium. It will be the first time Manning has attended a Giants game as a fan and the first time he’s been at an NFL game in any capacity since retiring in January 2020 following 16 seasons as the Giants’ starting quarterback.

And then, on Monday, Manning will be in the spotlight again, albeit in a different role than usual. He is joining his brother and fellow former NFL star quarterback, Peyton, as the co-hosts of an alternate Monday Night Football telecast of the Baltimore Ravens-Las Vegas Raiders game on ESPN2 and the ESPN+ streaming service.

Numerous television executives have reached out to the Manning brothers about broadcasting games or serving as studio analysts. But until now, they have rebuffed all offers. This time, the chance to work together in a relaxed atmosphere proved too tempting to pass up.

ESPN will still have a traditional telecast with Steve Levy as the play-by-play anchor and Louis Riddick and Brian Griese as analysts. The Mannings will not try to compete with them but rather provide an alternative where they will analyze the action, have guests and banter with each other.

The deal between ESPN and Peyton’s Omaha Productions company calls for Eli and Peyton to broadcast 10 Monday Night games this season as well as in 2022 and 2023. The Mannings will be working from their homes, too, which was an attractive selling point considering they don’t have to travel and can be around their families.

Despite their lack of live television experience, the Mannings say they will benefit from their tight bond as brothers and their 33 years of combined NFL playing experience. For the past few weeks, they have been practicing by calling games from last season and this preseason.

“We’re just working out the kinks, working out the different technology and the different access we have to replays,” Eli Manning said. “We’ve had a lot of fun so far. I think each week is going to be a little bit of a learning experience to see what works, what fans like, what didn’t work so well. We’ll make adjustments each and every week.”

Besides the broadcasting, Eli Manning is staying busy through work with corporate sponsors, including Verizon, with whom he’s working as a spokesman for the company’s 5G Multi-View system that’s available on seven NFL team’s apps. The system allows fans to access statistics and watch seven different camera angles during games.

This summer, Eli also began working for the Giants in a part-time business operations and fan engagement role. His duties include meeting with the team’s sponsors and helping the franchise maintain and develop strong relationships with corporations.

“I just wanted to give back to the organization and help out in any way,” Manning said. “Now with some of the Covid stuff, you’re not allowed in certain areas, not allowed to be around players and all these different rules. But hopefully I’ll get more involved. I just enjoy being back with them.”

Still, the job with the Giants is not a full-time commitment, allowing Manning the flexibility to be around his family much more than when he was a player. His three daughters are all in elementary school and part of teams in basketball, swimming, lacrosse, softball and other sports, so he loves watching their games and coaching them. And his two-and-half-year old son likes to play with trucks, shoot baskets at a mini-hoop, swing the Wiffle ball bat and participate in neighborhood kickball games. He’s joining a soccer team this month, too.

Manning is following the path set by his mother, Olivia, and father, former NFL quarterback Archie, both of whom introduced their children to as many activities as possible.

“I raise my kids the way I was raised,” Manning said. “We played a lot of sports. Whatever the season it was, we played that sport. We were just active and working on teamwork and the great life lessons that sports teach you.”

Manning, who lives in New Jersey, expects to take his children to most of the Giants’ home games this year, as well, including the Sept. 26 game against the Atlanta Falcons. That afternoon, the franchise will induct Manning into its Ring of Honor, becoming the 43rd player to achieve that honor. And they will retire his jersey No. 10, only the 13th player to have that distinction. The Giants are also retiring Michael Strahan’s No. 92 in November.

The honors are appropriate for Manning, who led the Giants to two Super Bowl championships after the 2007 and 2011 seasons, winning the Most Valuable Player award both times. He never missed a game due to an injury and played in a Giants-record 236 regular season games, including 234 starts, the fourth-most with one franchise behind Tom Brady with the New England Patriots, Brett Favre with the Green Bay Packers and Dan Marino with the Miami Dolphins.

After the Super Bowl victory in February 2012 at MetLife Stadium, Manning only played in one more playoff game, a wild card loss in January 2017 at the Packers. Still, New York fans will always remember Manning for his durability, toughness and two titles. They will have another chance to show their appreciation later this month during the jersey retirement ceremony.

“It’s definitely going to be a special day,” Manning said. “I’m just excited to get to share that with my teammates who will be there and with the fans. You don’t always get a farewell and to say thank you and say goodbye to your fans.”

He added: “To get that honor, to get your number retired by the New York Giants, that’s a storied organization. It’s truly an honor. That will be an emotional day.”