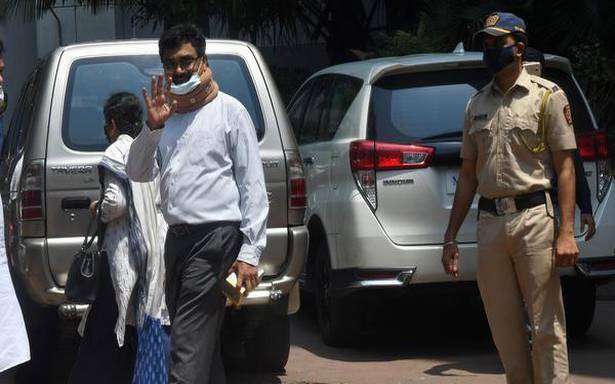 The Bombay High Court on Monday issued a notice to the National Investigation Agency (NIA) and directed it to file a reply to the bail plea of activist Anand Teltumbde, an accused in the Elgar Parishad Maoist links case.

Mr. Teltumbde has approached HC challenging the order of the special court denying him bail on merits in July this year. In his plea, filed through senior counsel Mihir Desai, he has denied charges against him and sought bail.

A bench of Justices S.S. Shinde and N.J. Jamadar directed the NIA to file its reply to Mr. Teltumbde's plea within three weeks.

On July 12 this year, the special NIA court in the city had rejected Mr. Teltumbde's bail plea observing in its order that there existed a prima facie case against him under the Unlawful Activities Prevention Act (UAPA).

"Upon perusal of the documents, including the exchange of emails and the statements of the witnesses relied upon by the prosecution, and after cross-checking the truthfulness of the allegations made against the applicant, this court does not find that the accusations are inherently improbable or wholly unbelievable,” the special court had said at the time.

Mr. Teltumbde, however, challenged the order and said the NIA had picked and chosen electronic evidence to suit its case.

Mr. Teltumbde also said in his plea that he had cooperated with the probe and was not a flight risk, and, therefore, deserved to be granted bail.

He was arrested by the NIA in April last year and has been in judicial custody in the Taloja prison since then.