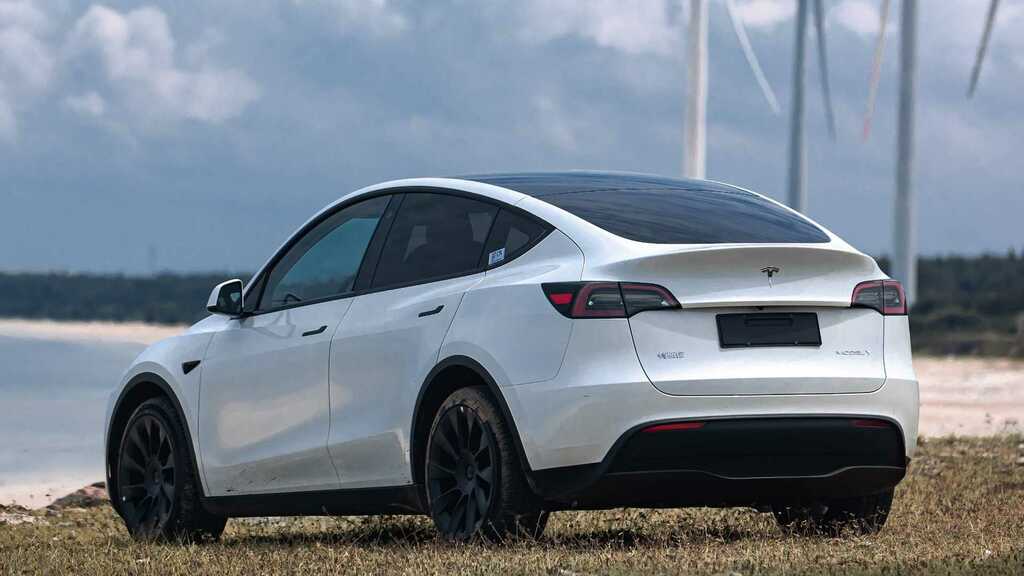 This article comes to us courtesy of EVANNEX, which makes and sells aftermarket Tesla accessories. The opinions expressed therein are not necessarily our own at InsideEVs, nor have we been paid by EVANNEX to publish these articles. We find the company's perspective as an aftermarket supplier of Tesla accessories interesting and are happy to share its content free of charge. Enjoy!

China has emerged as a world leader in electric vehicle adoption in recent years. And it turns out 2021 was no exception. According to the Wall Street Journal, "China’s car market snapped a three-year decline last year, helped by strong sales of electric vehicles."

Above: A look at the Tesla Model Y (Twitter: Tesla Greater China)

"Helping drive growth in China were robust sales of electric and plug-in hybrid cars, which last year accounted for 15% of overall passenger-car sales. Sales of these new-energy vehicles more than doubled to 2.99 million vehicles... [EV] brands such as Xpeng and NIO along with Tesla showed record sales last year," reports WSJ.

This wasn't the case, however, for many gas-powered traditional automakers in China. "Volkswagen AG, the biggest foreign brand in China, said its group sales in the country declined about 14%." Other legacy brands declined including, "Nissan Motor Co.’s sales [which] fell 5.2%, and Honda Motor Co.’s dropped 4%."

Meanwhile, "U.S. electric-vehicle maker Tesla sold more than 470,000 cars made at its Shanghai factory last year, around a third of which were exported, data from the association showed. Tesla said last week that it delivered more than 936,000 vehicles globally in 2021," reports WSJ.

Above: A look at Tesla's performance in China (YouTube: Reuters)

Barron's reports, "Tesla delivered a record number of EVs from its China plant last month... Tesla’s China sales were out of this world."

So just how good were the numbers? South China Morning Post reports, "Tesla delivered a record 70,602 vehicles in December in China, beating its previous record of 52,153 set in September. The carmaker delivered 321,000 Model 3 and Model Y vehicles to customers in China last year, 117 per cent higher than 2020."

These numbers were surprising as Tesla actually raised prices of its Shanghai-made vehicles twice in the space of five weeks. Why? “Tesla doesn’t want to take too many orders and so it raised prices to curb demand,” said Phate Zhang, founder of Shanghai-based tech portal CnEVpost.

Looking ahead at China's overall auto sales forecast for 2022, according to WSJ, "Any growth is likely to come from electric-car sales, with analysts and industry executives expecting sales of internal-combustion-engine cars to remain flat or decline slightly this year."