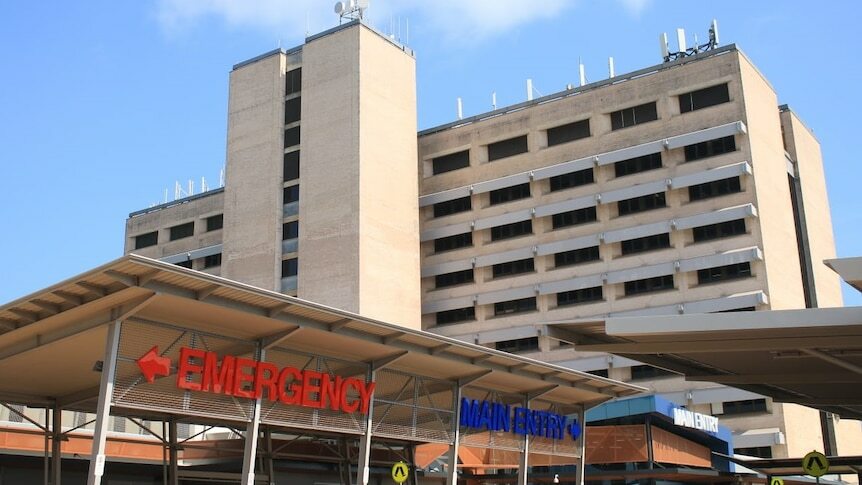 Elective surgery has been postponed at Royal Darwin Hospital (RDH), with the facility reaching capacity for the third time this year.

A "code yellow" emergency was announced at the hospital on Thursday afternoon due to what NT Health described in a statement as "peaks in hospital capacity".

The announcement means category two and three elective surgery has been postponed and will have to be rescheduled.

However, NT Health said emergency surgery and specialist outpatient appointments would go ahead as planned.

"A Code Yellow enacts a number of practices to allow the hospital to closely manage the peak until pressures ease," the NT Health statement read.

"Patient safety is a priority and the dedicated staff at RDH work hard to ensure Territorians continue to receive the best patient centred care possible in these periods of high demand."

On Thursday afternoon, Health Minister Natasha Fyles said there was no specific reason for the increased pressure on the hospital.

"RDH has been managing its occupancy very well … but over the last 48 hours it's seen an increase," she said.

"A decision was made this morning to call a code yellow, and that allows the hospital to defer some surgery so that we can focus on those urgent cases."

She said there was no indication staff shortages at the hospital had been a factor.

RDH last went into code yellow just over a month ago, after the hospital had been at or near capacity for 10 days.

There was also a code yellow situation in February lasting about 48 hours. It was not initially reported by the NT government.

Overcrowding and capacity problems at RDH have been an ongoing issue, with the Australian Medical Association NT (AMA NT) labelling it a "persistent crisis" in 2018.

AMA NT president Robert Parker said on Thursday the hospital was one of the busiest in Australia and staff were under "constant pressure".

"There has been incremental growth, but it hasn't been sufficient to accommodate the significant pressures [on the facility] as identified in my letter to [Health] Minister [Greg] Hunt three years ago," he said.