The reformists, who campaigned on the legacy of a 2019 anti-establishment protest movement, could yet obtain the support of several other independent and non-aligned lawmakers in the 128-member assembly.

Twelve of the thirteen reformist candidates are newcomers. They campaigned against Lebanon's ruling elite, composed of sectarian parties that have ruled the country since the end of the civil war in 1990.

Many Lebanese blame the entrenched political elite for the country's economic collapse since 2019 and for failing to take measures to stop it.

Reformists and traditional parties opposed to the powerful Iran-backed Hezbollah have made gains in Sunday's polls, at the expense of the Shiite group's Christian allies.

Hezbollah and its main Shiite ally Amal have retained all 27 seats reserved for their sect, but for the first time in decades, two reformists snatched seats from Hezbollah allies in the group's south Lebanon stronghold.

At least five out of 19 elected MPs for the capital Beirut are independents, with all but one winning a seat for the first time.

Some reformists accused traditional political parties of trying to force the invalidation of some diaspora votes, on which they had pinned their hopes for election.

The Lebanese Association for Democratic Elections said their independent observers had to pull out from some polling stations after they were threatened by supporters of traditional parties, including Hezbollah.

They complained of "flagrant violations" and irregularities in a statement on Monday.

The interior minister denied the allegations.

The main issue that polarises parliament is Hezbollah's right to keep an arsenal that is often described as equivalent to or better than the state's.

Some see it as a historical right and the best defence for the small Mediterranean country while others consider Hezbollah's weapons to be the root of all of Lebanon's ills.

Sami Nader, an analyst with the Levant Institute for Strategic Affairs, said that Hezbollah had suffered symbolic losses but was sceptical the polls could yield radical changes.

"Hezbollah and the Iranian axis took a blow but will this pave way for change in Lebanon? I have doubts," he told AFP.

The formation of a government, the election of parliament's speaker and the presidential election could all be very contentious and lead to protracted political crises.

Speaker Nabih Berri has held his job since 1992.

President Michel Aoun, the world's third oldest head of state, had long planned for his son-in-law Gebran Bassil to take over but the Lebanese Forces' surge in the polls could disrupt that scenario.

Lebanon shares power among its religious communities, and politics is often treated as a family business. By convention, the president is a Maronite Christian, the premier a Sunni Muslim, and the parliamentary speaker a Shiite. 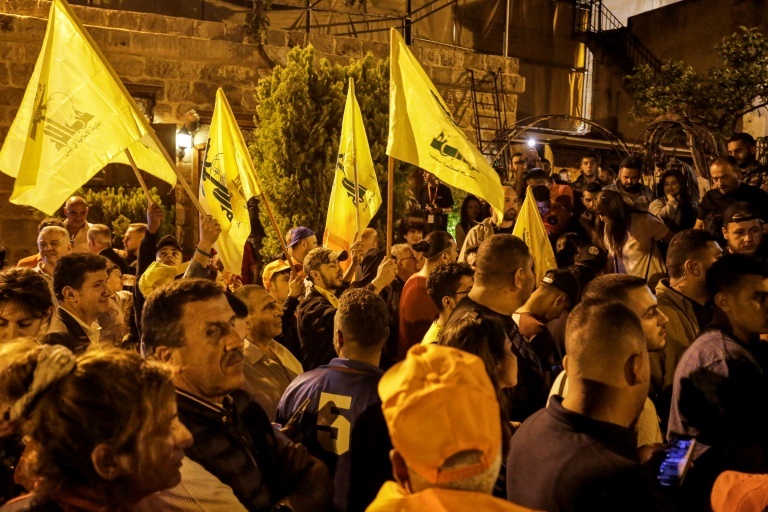 Lebanon’s militant Hezbollah group and its allies lost their parliamentary majority, while more than a dozen independents gained seats, according…