Australian scientists are eagerly awaiting the result of Saturday’s election as a chance to reset Australia’s discovery research funding following recent bipartisan support for the research commercialisation it enables.

Ahead of Saturday’s vote, science groups said both Labor and the Coalition had offered some promising individual policies for Australian science, particularly how to sell it, but the fundamental role of science and a cohesive plan to link policies together had been a notable absence from the campaign trail.

The Coalition has been reminding voters of the $2 billion research commercialisation plan it unveiled in February, including new competitive university funding, research and development grants and venture capital support, as well as industry focused PhDs. The new money is stretched over 11 years and most of it won’t hit researchers for at least half this time, leaving plenty of room for more immediate support.

While the new funding was widely welcomed and the underlying legislation for the main $1.6 billion university Economic Accelerator program gained bipartisan support, discovery research funding did not get the same investment.

Science and Technology Australia chief executive Misha Schubert said the peak group was thrilled its top demand for a large commercialisation fund had been met.

“It’s been our top policy proposal in every pre-Budget submission and Canberra conversation for years – so we’re very pleased to see it strongly backed by both parties of Government,” Ms Schubert told InnovationAus.com.

“It will help Australia to take more of our world-leading breakthroughs and turn them into the jobs, services, and products of tomorrow. This is a game-changing investment in Australian science and scientists which has clear bipartisan support.”

A similar investment in fundamental discovery research needs to follow, Ms Schubert said, but neither party had laid one out.

“If we think about the history of innovation, blue sky or discovery research is where the biggest seismic breakthroughs have come from – that’s been crucial to our economy,” she said.

“So we should double down on Australia’s investments in major breakthroughs by boosting the budgets of the major granting agencies and research block grants.”

Australian Academy of Technology and Engineering chief executive Kylie Walker agreed that discovery research commitments had been missing from both major parties’ election campaigns, and needs to feature in a new approach that recognises the fundamental role of science.

“Unfortunately, no major party have fundamentally recognised that applied science, technology and engineering have a continuing and crucial role as Australia navigates through the pandemic, or that we need a comprehensive national plan that assures Australia’s sovereign capabilities and secures Australia’s economic future,” Ms Walker told InnovationAus.com.

“This plan needs to include investment in fundamental research, something noticeably absent in policies from the major parties.”

Ms Walker also welcomed the Coalition’s commercialisation plan, Labor’s commitment to get investment in R&D back up toward 3 per cent of GDP and create thousands of technology jobs, and the Australian Greens advocacy for investing $17.8 billion in the science, research and innovation sector over a decade.

Elsewhere, both groups would like to see the next government give more support to climate technologies and research, and introduce a better plan to cut emissions.

“The devastating Black Summer bushfires and heartbreaking floods across northern NSW and Queensland highlight the need for enhanced modelling so we can better predict these dangers and mitigate risk to our communities – especially in regional Australia,” she said.

Ms Walker said “bold and rapid action” is needed to tackle climate change, and must be driven by mature and emerging technologies

“This should be underscored by a comprehensive plan to achieve net zero emissions by 2050, or earlier with greater ambition by both major parties as we approach 2030.

Australian Academy of Science president and Garvan Institute laboratory head Professor John Shine was unavailable for comment but has recently reiterated the need for policymakers to provide much more support for Australian science.

Writing in The Conversation last week, Professor Shine said science hasn’t received the discussion it warranted in the election campaign after recent climate disasters and the pandemic, with “next to nothing” said about the role of science in several areas of national importance.

He repeated the Academy’s call for a long-term investment strategy for science, the establishment of a Parliamentary Science Office, a whole-of-government review of the science and research system, and a “cohesive” national approach to securing jobs through the translation of science to industry.

“As election day approaches, Australia faces a moment of truth. Science can grow the knowledge economy to secure our future economic and social prosperity and prepare us to deal with the known and unknown events that the 21st century will present,” Professor Shine wrote.

“But for that to happen, the next government must prioritise and invest in science and ensure decisions are informed by evidence.” 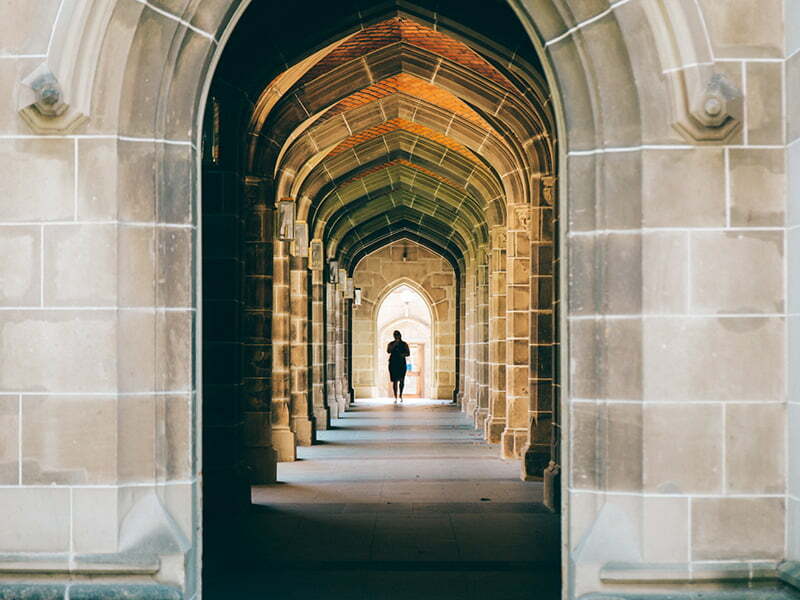