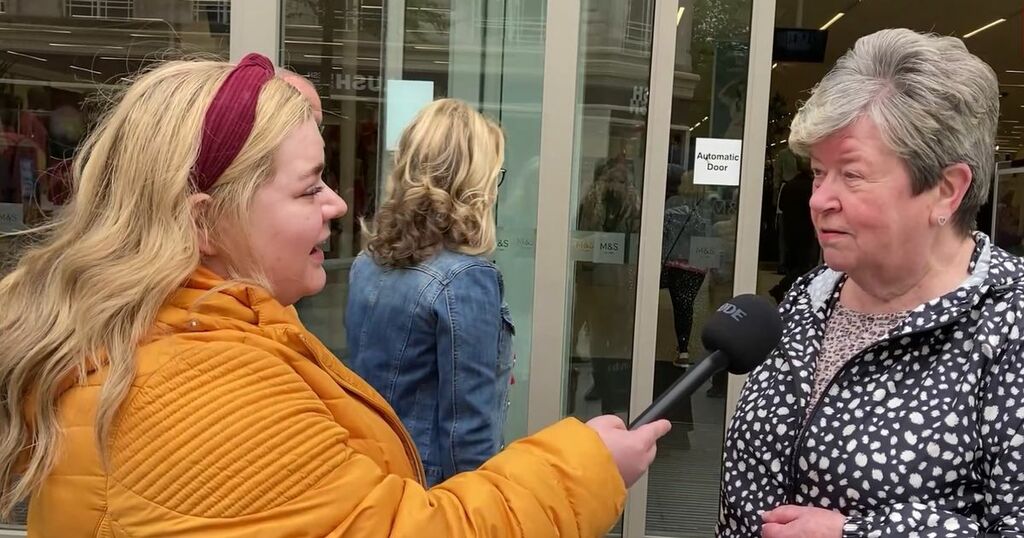 Shoppers say Liverpool M&S 'belongs' on Church Street
"I think it should stay here, this is where Marks and Spencer's belongs"

Liverpool Echo
One subscription that gives you access to news from hundreds of sites
M&S moving from Church Street, murder update, and arsonist jailed

People are divided over Marks & Spencer's plan to move into the former Debenhams store in Liverpool City Centre.

M&S announced on Thursday, May 12 they will be closing its Church Street store and moving to the Debenhams building in Liverpool ONE. All staff in the Church Street branch are aware of the plans and will be given the opportunity to transfer to the new store on the corner of Lord Street.

The plans were met with a mixed reaction from ECHO readers with some thinking the move to Liverpool ONE would be good for business and others thinking the retail giant was 'abandoning' Church Street.

Carmel Faulkner said: "It was handy to Queen Square bus stops. Things will go up in price as the rent will go up."

The former Debenhams store M&S are moving into closed its doors in May 2021 along with 123 others nationally. The collapse of the retailer saw the loss of around 12,000 jobs.

Online retailer Boohoo bought the Debenhams brand and website for £55m in January. Since the closure of the store in May no other retailer has moved in.

Pete Dobson, Regional Manager for M&S, said: "We’re really excited to announce our plans to open a brand new M&S store in the Liverpool ONE shopping centre. The new store, which we expect to open in mid-2023, will offer the very best of M&S in a prime location in Liverpool city centre.

"Local residents and visitors to the city will be able to shop across a wide range of M&S products in our new Foodhall and Clothing & Home departments, in a fresh, modern store with fully integrated digital technology to support customers however they want to shop.

"In line with this investment in a new M&S store for Liverpool city centre, our existing store at 35 Church Street will close once the new store is ready to open with all colleagues having the opportunity to transfer to work in the new store.”

M&S moved into Grade II listed Compton House in 1930. The building was one of the first purpose built department stores in Europe, but also spent a short period of time as a hotel that catered mainly for American guests. Marks and Spencer has sat in the building ever since.

Hundreds more ECHO readers took to the comments section to give their opinion on the news. People's opinions were split between thinking the move to Liverpool ONE would be good for business and thinking the retail giant were 'abandoning' Church Street.

Jamie Constable said: "Debenhams building will be far better and fit for purpose, I would think Church St store would maybe a good hotel." Sharon Cottam added: "Great idea... I'm sure M&S will do better at Liverpool ONE as their current shop looks so dreary and uninviting."

Barbara Roberts could see the positive and negative side of the move, she said: "It’s sad to see Church St like this but it makes business sense for M&S to be in Liverpool One."

Pauline Begley said: "Looks like Liverpool city centre losing more to Liverpool ONE. Shame as the high street is a wonderful place."

Shoppers say Liverpool M&S 'belongs' on Church Street
"I think it should stay here, this is where Marks and Spencer's belongs"

Liverpool Echo
One subscription that gives you access to news from hundreds of sites
M&S moving from Church Street, murder update, and arsonist jailed