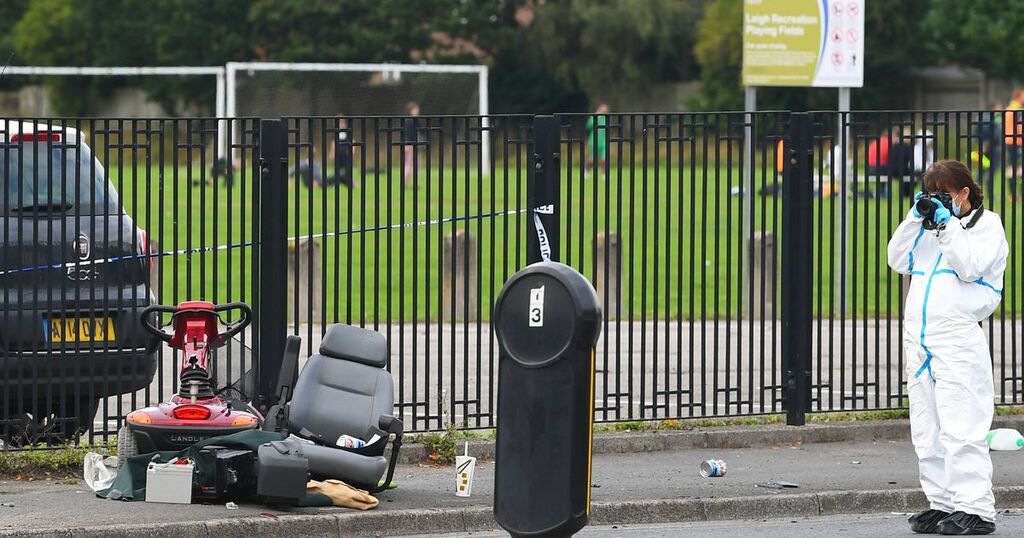 An elderly man was taken to hospital with serious injuries after he was knocked off his mobility scooter by a motorbike today.

The motorbike smashed into the 88-year-old man on Lower House Lane, Widnes, at around 12.27pm before he was taken to hospital for treatment.

The motorcycle rider, riding a blue Piaggio Beverley scooter, fled the scene along with another man riding a fluorescent yellow Raptor quad bike.

Police have closed the roads around Lower House Lane and motorists have been urged to avoid the area.

The police helicopter has been spotted as officers continue to search for those responsible.

Eyewitnesses said that the pensioner had just been to Asda to get his shopping, adding that the scooter was 'mangled' after the crash.

One person said: "These quads and bikes are out of control! Ragging it around the playing fields all the time in that area! It was only a matter of time before this happened!"

Another said: "I had two quads behind me yesterday, scary, one shot of over Prescot Bridge and the other sped up towards observatory. I pulled in at bus stop as I felt intimidated whilst driving."

Police are now urging anyone who many have witnessed the collision or may have information to get in touch.