Elden Ring is considered by many to be one of the best games of 2022, and while we don’t know what’s in store for the future of the game, it’s currently still getting important bug fixes, additions, and gameplay balance changes. Elden Ring and the rest of the Souls games aren’t made specifically for PVP multiplayer, but that has always been a core part of the experience.

So while the gameplay balance may have shifted a bit over the course of Elden Ring, or perhaps even fallen apart at times, one thing has remained consistent: Bloodhound Step and how much it infuriated players. You either used it and laughed at people, or you had it used on you and you nearly quit the game. That’s how bad things were.

With this new patch, FromSoftware is finally tackling the Bloodhound Step issue, along with a bunch more. For everything, just read through our breakdown below.

Bloodhound Step has been one of the most controversial additions in Elden Ring, offering players practical invincibility and unrivaled mobility, as long as they had the FP for it. It was, frankly, ridiculous, and it seems FromSoftware now agrees. Bloodhound Step has had a big nerf, which decreases the distance and iframes of the attack when used continuously. Amazing. The Quick Step skill also suffers reduced performance, but you can activate it in a chain more quickly now. Yep, that’s one of the best PVP Ashes of War.

Yes, Rivers of Blood is getting another hit, this time aimed squarely at the Corpse Piler skill. The blood attacks have been significantly weakened, with reduced bleed build-up. If you get hit with the blade, however, you’ll find the damage has only been reduced slightly. Expect Rivers of Blood fans to try to get very close to you, as it’s one of the best PVP weapons.

Elden Ring has had a few NPC questline changes, and this one is aimed at Varre’s questline. Now you have the option of fighting a new NPC instead of invading other games using multiplayer if you wish to complete Varre’s quest. A nice option, especially for anyone that doesn’t pay for console online subscriptions.

Summoning pools have had some huge changes, which now allow you to send summoning signs to summoning pools in multiple areas at once. Yes, you can also invade a much larger area than before, including distant areas. This excludes Mohgwyn Palace, though. This’ll make finding multiplayer fights much easier than before.

Stars of Ruin, a fan-favorite spell, has been nerfed a fair bit, at least versus multiplayer foes. The target tracking has been reduced, meaning enemies are much more likely to be able to dodge through or run away from it. Still good to pair with the Meteorite Staff.

Guard Counter? Faster. Strong attack? Faster. Charge attack? Faster. Your rolls after attacks? Yep, they come out faster. Bigger rolling distance with a light load? Sure. Yep, the biggest and heaviest weapons in the game have been given a neat and tidy buff across the board.

There are so many bug fixes. They’ve fixed bugs you didn’t know were an issue. The biggest things to point out are, again, notes for PVP fans. Those areas that players shouldn’t be able to access, that they use to camp and hide in? Those have mostly been removed, thankfully. Summoning signs were also incorrectly appearing in Summoning pools, and that’s been fixed too. And yes – performance improvements. Thanks.

If you want to read up on the full Elden Ring 1.06 patch notes for yourself, make sure to take a look at Bandai Namco’s site. 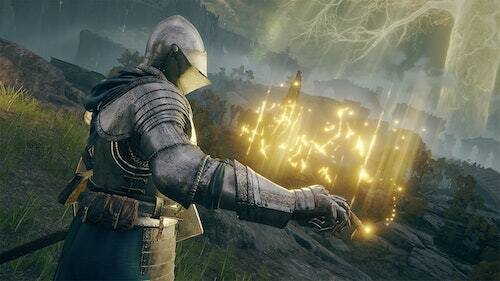 Inverse
From analysis to the latest developments in health, read the most diverse news in one place.
Aged care wage rises would help narrow gender pay gap, Labor says – as it happened

All the day’s news, as it happened

The Guardian - AU
Man, 87, forced to wait 15 HOURS for ambulance under makeshift shelter as distraught family says 'system is broken'

The pensioner, who suffers from prostate cancer, is fighting for his life in hospital after falling at his home in…

The Guardian - AU
One place to find news on any topic, from hundreds of sites.
Marion Scrymgour calls for ‘grog-free days’ in Northern Territory towns – as it happened