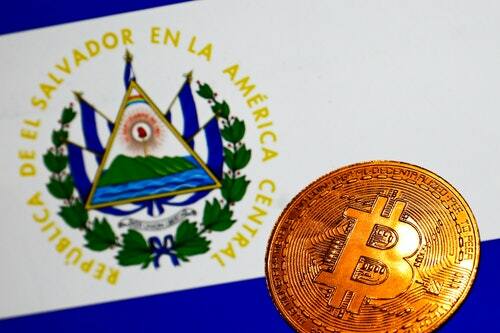 Proponents of Bitcoin have touted for years how its decentralized nature could empower people in developing nations, giving them access to banking services out of reach due to high costs.

In practice that’s never really happened, as the cryptocurrency is volatile and difficult to use for day-to-day transactions. But one country, El Salvador, is making a serious push to get its citizenry to adopt bitcoin, and for a good reason: remittances.

Nearly 70 percent of the Latin American country’s citizens receive remittances, that is, money from friends and family living abroad. In fact, almost 25 percent of El Salvador’s GDP comes from such remittances. And that means the companies that enable them are about to lose a whole lot of money.

A whopping 70 percent of El Salvadorians don’t have access to traditional banking services because of high fees and minimum deposit requirements that create steep barriers to entry. As a result, many receive their remittances through intermediaries including Western Union and MoneyGram.

Having an obvious monopoly, these companies charge high fees that can range anywhere from 12-30 percent to send and receive cash. One individual living abroad who sends money to his family in El Salvador told CNBC that another issue is crime — the country has one of the highest crime rates in Latin America, and when people go to pick up their cash from a Western Union, gangs will often be waiting around the offices to steal it.

Pulling out the stops —

Because remittances are so important to El Salvador’s economy, president Nayib Bukele moved to make Bitcoin legal tender in the country, and has spearheaded the launch of a government-run wallet called Chivo, which offers no-fee transactions and allows for quick cross-border payments.

As an example, a person in Canada can spend 10 cents to buy $10 worth of bitcoin and send it to a person in El Salvador, using the Chivo wallet. They can then immediately convert that to U.S. Dollars (the official currency of El Salvador) at any one of 200 new Chivo ATMs in the country, at no cost. If the sender had used Western Union’s own app, the fee would have been $3.24 on that $10.

Buying and selling bitcoin isn’t without its own fees, but they’re still quite a bit less than what Western Union or MoneyGram ask for on international transfers. Legacy banking providers can take days to process transactions because they often using differing computer systems and process transactions in batches on a once-daily basis.

“Wherever you are now, you can send bitcoin to anyone with a Chivo wallet in El Salvador, and in minutes, they have the value and then they can go to one of the ATMs and take it out in cash without a fee,” said Alex Gladstein, chief strategy officer for the Human Rights Foundation, speaking to CNBC.

President Bukele is giving $30 worth of bitcoin to any citizen who downloads the Chivo app to try and incentivize uptake. There’s a hope that the cryptocurrency could someday be used for transacting in El Salvador, not just receiving money from aboard. But there remain some concerns, like the volatility of the currency. And because the Chivo wallet is controlled by El Salvador’s government like any normal bank, it could theoretically freeze a person’s funds. But users of Chivo can move their funds onto a locally-hosted wallet to avoid that issue.

Considering the slice of the pie they demand, it’s hard to feel sorry for Western Union or MoneyGram in this instance. Perhaps they’ll be encouraged to either revise their rates, or find new ways to offer El Salvador's citizens sufficient value they keep using their services.