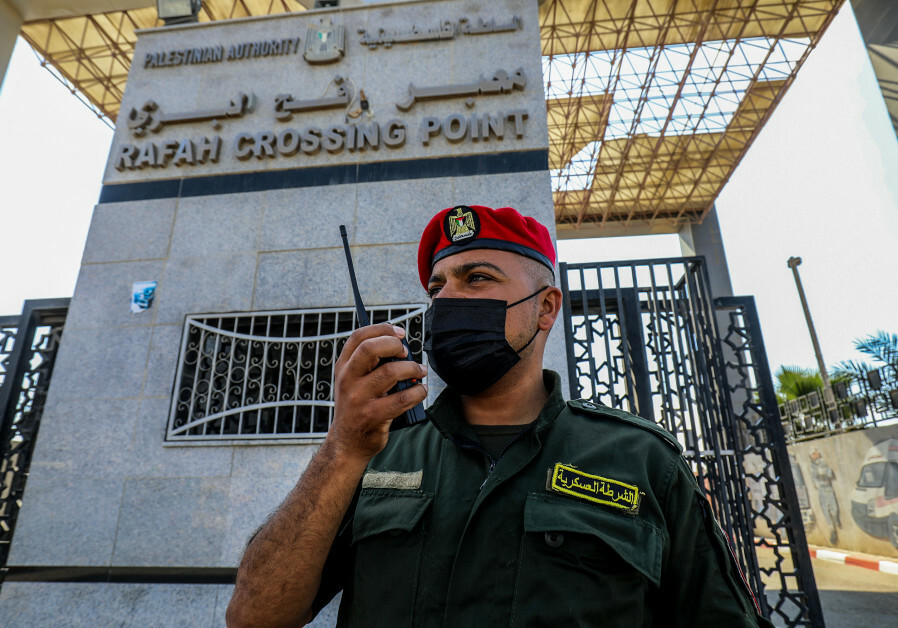 Egypt has agreed to allow increased trade and travel through the Rafah crossing with Gaza Strip starting on Sunday, as a Hamas delegation meets with Egyptian officials in Cairo, the Lebanese Al-Akhbar newspaper reported on Thursday.

According to the report, the Egyptians agreed to allow more construction materials, including iron, to be imported into Gaza through the Rafah crossing and to supply "large quantities of goods" to the coastal enclave. The export of goods from Gaza, including agricultural products, handicrafts and furniture, will also reportedly be allowed to external markets.

The delegation also received a commitment from Egypt to allow Palestinian merchants to travel through the Rafah crossing and to allow them into Cairo through coordination carried out by the Gaza Chamber of Commerce, the Interior Ministry in Gaza, and Egyptian Authorities.

Egypt plans to install electronic monitoring devices at the Rafah crossing in order to prevent the smuggling of weapons and dual-use items into the Gaza Strip, according to the Al-Akhbar report, as part of an agreement reached by Egyptian President Abdel Fattah al-Sisi and Israeli Prime Minister Naftali Bennett.

Walid Al Husari, the head of a private sector delegation to Cairo, confirmed to Al-Akhbar that he had received promises from the Egyptians to increase the volume of trade between Egypt and Gaza and allow the entry of more and new items into the Strip through the Rafah crossing, such as iron, electrical tools, equipment and machinery for factories, medical equipment, cars, medicine, spare parts and glass. The private sector delegation reportedly presented the Egyptians with a list of demands, including the lowering of taxes on goods entering Gaza.

The delegation, headed by the movement's leader Ismail Haniyeh, continued efforts to reach an agreement of calm and prisoner swapping during the visit to Egypt, while warning against "violations" of Jerusalem and Palestinian prisoners.

During a meeting with Egypt's Intelligence Minister Maj.-Gen. Abbas Kamel, the delegation discussed the situation in Jerusalem, including in Sheikh Jarrah and on the Temple Mount, as well as ways to "curb the behavior" of Israel in Jerusalem, the Hamas movement announced on Tuesday.

A Jerusalem Magistrate Court issued a ruling on Wednesday indicating support for allowing quiet Jewish prayer on certain parts of the Temple Mount, with the judge stating that quiet prayer does not violate police policy at the complex.

Temple Mount activists welcomed the decision as an official approval of quiet Jewish prayer, which has gone undisturbed, but not officially approved, for the past year and a half. Jews are officially prohibited from praying or bringing religious items onto the mount – and have been removed and sometimes detained if caught doing so. However, since late 2019, police have largely stopped disrupting quiet prayer by Jewish visitors.

Hamas and PIJ expressed outrage at the ruling on Wednesday, with Hamas calling it a "flagrant violation of all human laws and norms" and the PIJ warning Israel that Palestinians would face such decisions with "strength, steadfastness and relentless determination."

A member of Hamas's political bureau, Mohammad Nazzal, warned on Wednesday that an Israeli "aggression" in Jerusalem "could bring us back to point zero," adding that the ceasefire reached in May was based on a commitment by Israel to end such practices.

THE HAMAS delegation in Cairo additionally discussed the issue of Palestinian prisoners in Israeli prisons, with a focus on those being held in administrative detention, and pushed Egypt's role in reaching a prisoner exchange agreement, citing "intransigence" on Israel's side and a lack of progress on the issue.

The commission for Prisoners and Ex-Prisoners Affairs warned on Sunday that the prisoner movement in Israeli prisons has decided to start “escalating steps” in light of what it called “unprecedented Israeli attacks” on Palestinian prisoners.

The Palestinian Safa News Agency reported on Tuesday that no breakthroughs were made concerning a prisoner exchange agreement during the meetings in Egypt. According to the report, the Hamas delegation warned that the situation could "explode" like it did in May during Operation Guardian of the Walls, due to what it called "continuous Israeli violations and crimes" in Jerusalem and against prisoners, as well as the continuation of settlement building.

A source in the Hamas movement told al-Araby al-Jadeed on Tuesday that the delegation had informed Egypt that any truce agreement depends on the situation in Jerusalem, the West Bank and Israeli prisons, saying that this condition came "as a surprise" to the Egyptians, with Egyptian officials reportedly stating that linking these issues would be difficult.

Hazem Qassem, a spokesman for Hamas, denied on Wednesday that a long-term truce had been discussed during the visit to Egypt, according to Palestinian media.

Walla News reported on Wednesday that Egyptian officials informed Hamas that Israel is working to form a plan to transfer payments to Hamas public servants in Gaza that have been held up until now. Hamas informed Egypt that they would give Israel two weeks to form the plan, during which they would keep the peace.

Sources in the security establishment told Walla that a plan for the payments may be finalized as soon as next week, although the IDF's Southern Command is preparing for the possibility of an escalation if a plan is not reached.